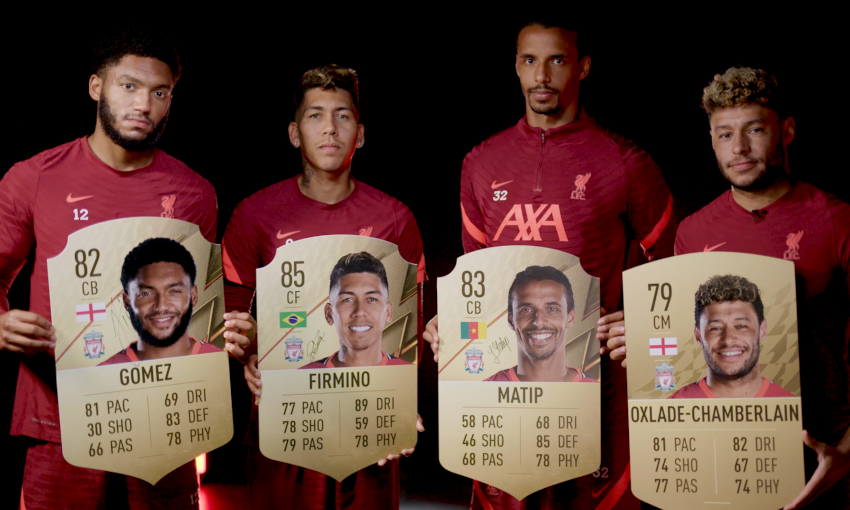 With Liverpool FC's FIFA 22 player ratings being revealed, Alex Oxlade-Chamberlain recently pranked three of his teammates as they saw their figures for the first time.

Roberto Firmino, Joe Gomez and Joel Matip believed they were speaking to a FIFA representative as they got sight of their personal statistics for the new season.

In fact, Oxlade-Chamberlain was the man behind the mic – with his voice concealed – and asking the probing and unusual questions of his fellow Reds and their newest ratings.

Take a look at how the prank unfolded below.