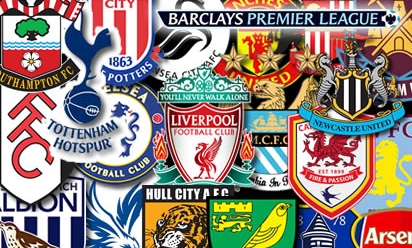 Who is showing off an LFC tattoo?

Liverpool have confirmed nine of their 2013-14 Barclays Premier League fixtures have been rearranged for television coverage.

The Reds' opening game of the campaign against Stoke City at Anfield will now kick off at 12.45pm and be screened live by BT Sport.

The following weekend's trip to Aston Villa will be broadcast on Sky Sports and will get underway at 5.30pm.

Manchester United's visit to Anfield has been moved to Sunday, September 1 with a 1.30pm kick off and will be shown by Sky Sports.

Sky Sports will also screen our journey to Swansea City, which now takes place on Monday, September 16 at 8pm.

Liverpool's clash with Sunderland at the Stadium of Light has been moved to Sunday, September 29 with kick off set for 4pm on Sky Sports.

BT Sport will show the Reds at Newcastle United on October 19 at 12.45pm, while Sky Sports will screen Brendan Rodgers' men against Arsenal at the Emirates on November 2 at 5.30pm.

BT Sport have also secured the rights to broadcast the first Merseyside derby of the season at Goodison Park on Saturday, November 23 with kick off now scheduled for 12.45pm.

Finally, Liverpool's journey to Hull City will now be played on Sunday, December 1 at 1.30pm and be televised by Sky Sports; however, the game will revert to a 2.05pm kick off should Tottenham Hotspur qualify for the Europa League group stage.

All fixtures are subject to change. Kick offs are UK time.