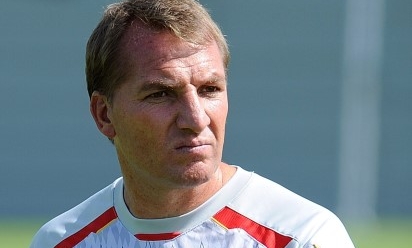 Liverpool boss Brendan Rodgers believes he has successfully strengthened his Reds squad this summer and will now target players to improve his starting XI for the rest of the transfer window.

The Northern Irishman and his side kick off their pre-season programme with a trip to Preston North End this Saturday, the first of six friendlies which will be shown live on LFC TV Online during the coming weeks.

The next stage of bolstering the manager's options before the 2013-14 campaign gets underway will involve further boosting the 40-year-old's first-choice line-up.

"Our recruitment team are doing a great job behind the scenes in compiling lists of players that we can afford and might be available for us," Rodgers told Liverpoolfc.com on Thursday.

"What we've done in the early part of the summer is to improve the squad. That's something I feel we've done with the players we've brought in.

"Now what's important over the next three to five weeks is improving the team. That's something the club is working very hard at.

"I'm sure by the time the end of August comes we'll be ready and we'll have a terrific squad ready to challenge."

To watch six pre-season friendlies this summer, access exclusive interviews and training footage from Melwood, enjoy 100 Players Who Shook the Kop content and much more, sign up to LFC TV Online from £2.99.