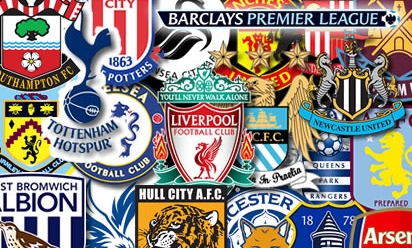 Liverpool's opening six matches of the 2014-15 Barclays Premier League season, and a total of 10 before December, have today been rescheduled for television coverage.

The Reds will now officially kick off their campaign on Sunday August 17, when Southampton visit Anfield for a 1.30pm BST fixture that will be broadcast by Sky Sports.

Subsequent journeys to Manchester City and Tottenham Hotspur will be shown on the same channel, on Monday August 25 at 8pm and Sunday August 31 at 1.30pm respectively.

Liverpool debut on BT Sport in the first Merseyside derby of the season; Brendan Rodgers' side host Everton on Saturday September 27, with kick-off scheduled for 12.45pm.

Sky Sports will screen the Reds' away fixture at Queens Park Rangers, which has been moved to a 1.30pm start on Sunday October 19.

On Saturday November 1, BT Sport broadcast the clash with Newcastle United at St James' Park. Kick-off has been rearranged for 12.45pm. A week later, Saturday November 8, the same channel will show Liverpool at home to Chelsea with the same kick-off time.

Finally, Rodgers' charges will feature on Sky Sports when they meet Crystal Palace at Selhurst Park. That match now begins at 1.30pm on Sunday November 23.

Please note that the fixtures against Queens Park Rangers and Crystal Palace are subject to change, depending on Champions League commitments.