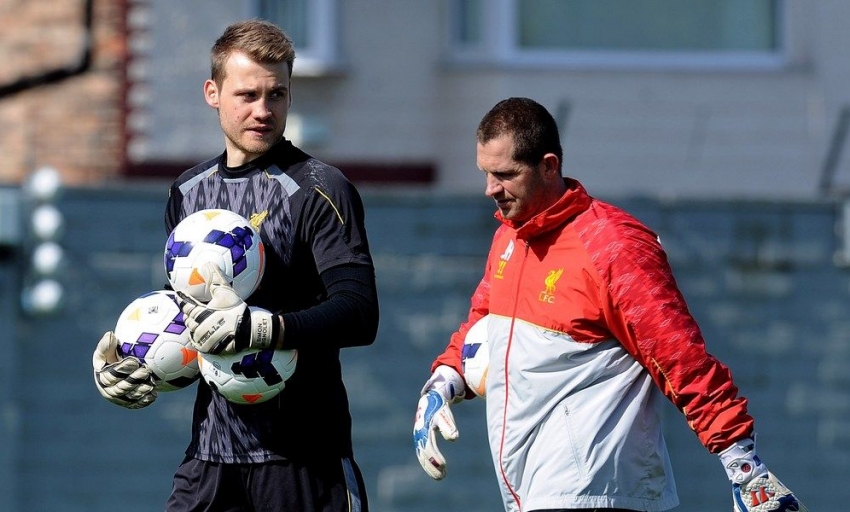 'Raheem won't get carried away'

John Achterberg believes Simon Mignolet and the new-look defence can take a lot of confidence from their first clean sheet of the season at Tottenham Hotspur.

Summer arrivals Dejan Lovren, Alberto Moreno and Javier Manquillo all put in highly-impressive displays during the victory at White Hart Lane, and in a chat with the goalkeeping coach at Melwood, the Dutchman revealed the work that has gone on behind the scenes to improve the defence.

Achterberg also praised the attitude of Brad Jones and explains why he is working as hard as possible to be ready should he be called upon by Brendan Rodgers.

It's always nice to get off the mark with a clean sheet and that's what your intention should be always in a game, to try and keep one. Sometimes it comes off and sometimes it doesn't, but it is the job you try and do and if you can get one then hopefully you get a small run going.

We are still only three games into the new season but how is that relationship forming between Simon and what is a new-look Liverpool defence?

When new players come in you obviously have to do a bit of work on the shape in training and the communication, and by doing so hopefully we'll improve the defensive record.

With all of the new players coming in, the competition for places must be greater than ever. Has that been reflected in training overall?

Of course and everyone will try harder and they know they have to be at their best every day because for every game there's every chance you could be starting, depending on who the manager wants to pick. The manager will also look at games coming up and decide who is best to put in to try and win the game.

With so many attacking options in the squad now, for a goalkeeper does that add an extra challenge in training?

As a goalkeeper it doesn't matter who you have in front of you as you need to keep the ball out of the net. Obviously there are different types of players with different ways of doing things so you learn off that - how to position yourself and how to react - but the main thing is to be focused on what you have to do.

You've just touched on this, but can a goalkeeper learn something new from the new players coming in?

A huge chunk of the squad is currently away on international duty but with so few games played so far that can't be ideal?

It's not ideal but FIFA and UEFA set up these games so early in the season and it's the same problem for every team. If you have a settled team it's easier but if you have a few new players in the team you have to deal with it, make the best of it and prepare for the next game when they come back.

How does it affect your work and do you work on different things with the goalkeepers when it's an international break?

You work individually with the goalkeepers or as a group, it depends. If Simon is there we try and improve things with him, and it's the same with Brad Jones. We bring some younger goalkeepers up to Melwood and they can learn off Brad and see some of the work he does and the level and speed of the players that are working at up here.

How important is it that all the goalkeepers are ready to be called upon?

That's the way we work and you try to find the right balance for every goalkeeper to make sure they are ready to play if they are needed. Brad has shown that over the years because when he has played he has done well and showed that he is ready.