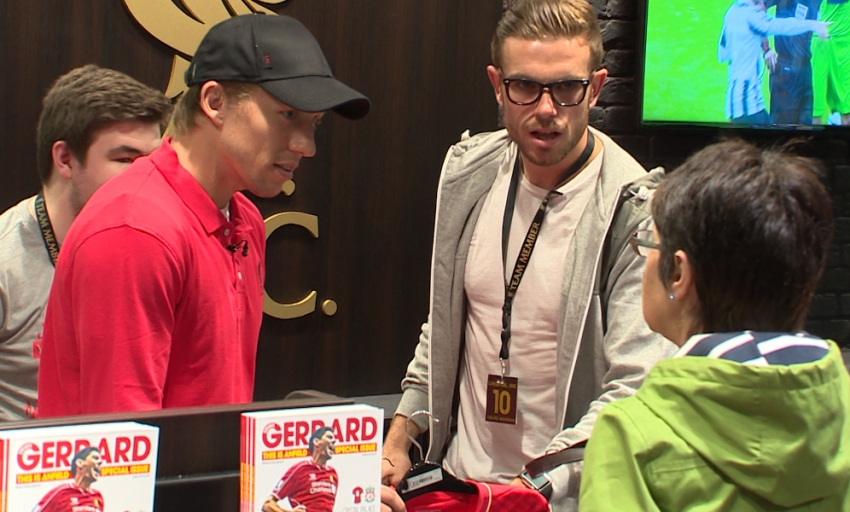 Midfield duo Jordan Henderson and Lucas Leiva go undercover at the club's Liverpool ONE retail store to surprise some unsuspecting shoppers in a brand new episode of 'Kop Kids'.

The Reds pair recently visited the city centre outlet, where a steady stream of Kopites can be found each day kitting themselves out in the latest strip or picking up special gifts.

But would they be able to see through a series of dodgy disguises and realise that they were actually being served by Henderson and Lucas, two of the city's most recognisable faces?

What happened when the vice-captain attempted to sell a shirt with his own name on, and Lucas told a customer with an Everton carrier bag that he had to leave the store?

Find out by watching our free YouTube clip below.

Elsewhere in the episode, centre-back Mamadou Sakho goes back to school to be quizzed by kids, we learn about legendary manager Bill Shankly, and much more.

The full programme is now available to watch for free on LFCTV GO by clicking here.

Vote for Jordan Henderson to be on the cover of EA SPORTS FIFA 16 in the UK and Ireland by clicking here.

Saturday: Kop Kids is back...