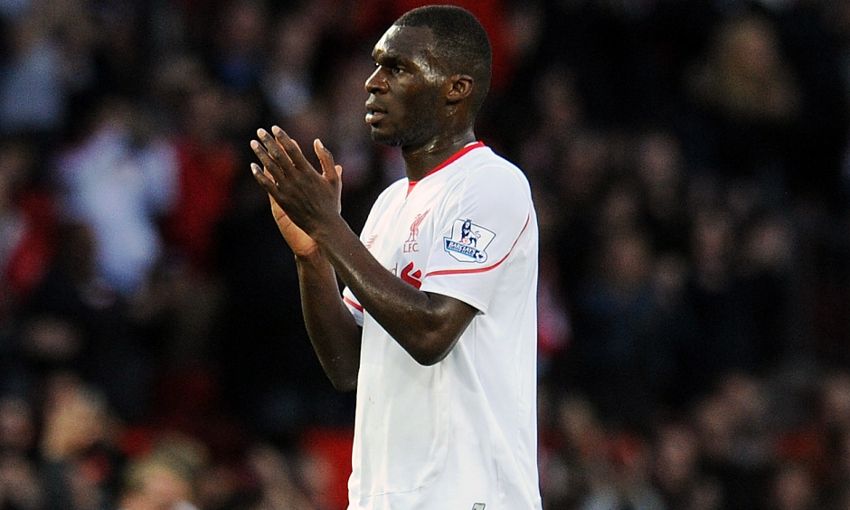 Christian Benteke admits he could take no personal satisfaction from his stunning consolation goal for Liverpool during Saturday’s 3-1 defeat at Manchester United.

The Belgium forward netted with a magnificent strike with six minutes remaining to make it 2-1 at Old Trafford, acrobatically meeting Jordon Ibe’s deflected cross with a powerfully-struck scissor-kick.

However, Anthony Martial added a third for the home side within two minutes to ensure the Reds left empty handed.

Benteke reflected afterwards: “It was just instinct. I saw the ball come into the box and I just thought I had to try it.

“I had some luck and I am happy with it, but we didn’t get the three points.

“For my own confidence it was good, [it is] for a striker to score, but at the end of the day I would have rather taken the three points and so I’m disappointed.”

The defeat at Old Trafford was Liverpool’s second consecutive loss in the Barclays Premier League – and Benteke acknowledges the Reds need to raise their performance level.

He added: “It was a disappointment for us. In the first half, we didn’t play [well], the second half was a little bit better but in general we didn’t deserve a victory.

“When I scored, I thought in my mind that maybe we could come back, but they scored to make it 3-1 and that killed our hopes.