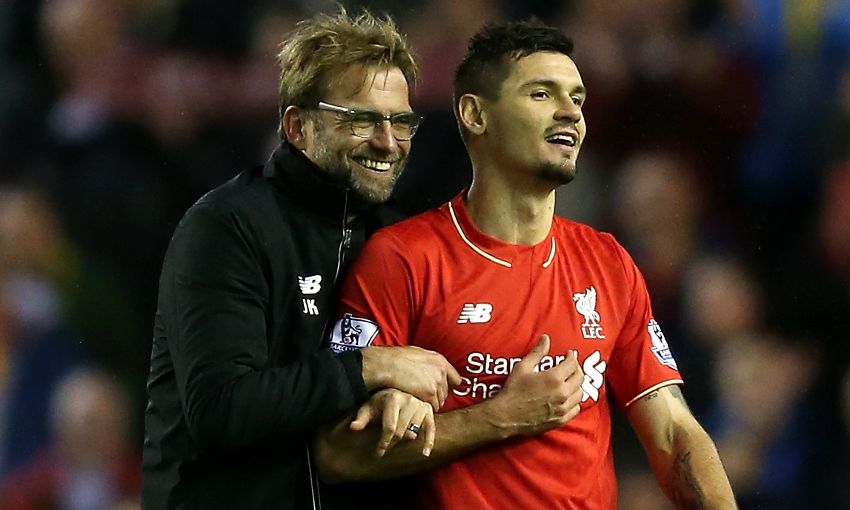 Dejan Lovren believes defensive discipline from back to front was key to Liverpool's 1-0 win over Leicester City on Boxing Day.

The Foxes travelled to Merseyside full of confidence having climbed to the summit of the Barclays Premier League thanks to an 11-match unbeaten run.

Crucial to the Reds' success in ending that good form was ensuring the visitors failed to score in a league fixture for the first time since May.

But Lovren, who returned to the back four in the absence of the injured Martin Skrtel for the win, was keen to credit all of his teammates for that achievement rather than just his defensive colleagues.

"We were doing a great job, like a team, defensively. Everyone," he told Liverpoolfc.com.

"Divock [Origi] in the first half, then [Christian] Benteke after, Roberto [Firmino] - everyone was doing a great defensive job.

"Then, we just need to wait to score to win. [Leicester] had a great last couple of games, they won against big teams, but it's difficult to come to Anfield and [get] something.

"It was a massive win for us because it's Boxing Day and we needed the points because we had not the best game the last time against Watford.

"Today, everything was about a fighting game and I think we showed a great team spirit, [we were] aggressive, attacking all together like a team."

The hosts were dealt a blow in the first half when Origi was forced off due to injury after making a bright start to proceedings.

But his replacement Benteke also impressed, and bagged the winner to ensure his compatriot's withdrawal was not felt too keenly.

Lovren enthused: "We have so many quality players: we have Divock, we have Christian, Daniel [Sturridge] is coming soon. It's a great thing for [Benteke] today.

"I wish he scored the second [chance] also but it will be a big push for him for the confidence and everything so hopefully it will continue like this."

The No.6 is now setting his sights on building on a win over high-flying opponents by picking up maximum points from the upcoming trips to Sunderland and West Ham United.

"We need to take as many points as possible in the next couple of games," he continued.

"We need to continue to work because we had great team spirit but [recently] we felt a little bit down.

"I saw today, and I think the fans today also saw today, we've been together all the time and fighting.

"Sometimes you don't need to play so good, sometimes you have to fight to win the games."