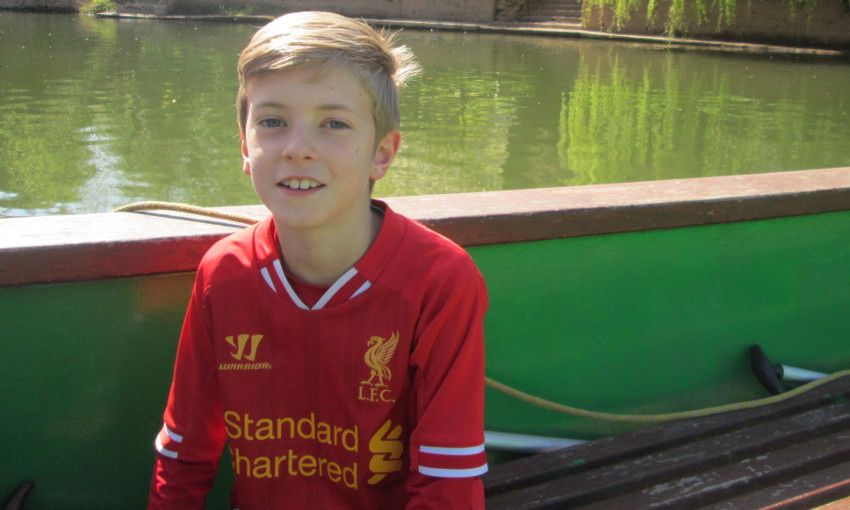 All Liverpool supporters feel a special connection to the club they adore, but the mascot for this evening's clash with Arsenal enjoys a relationship with the Reds that runs a little deeper.

That is because 11-year-old Jack Richards, who will lead the team out alongside the captain against the Gunners, just so happens to be a distant relative of William Barclay - Liverpool’s first-ever manager.

Kopite Jack is Barclay’s great, great, great nephew, but only found out last year after his mum was researching their family tree late one night.

Barclay managed neighbours Everton before their move to Goodison Park resulted in the birth of Liverpool FC in 1892.

His job title was ‘secretary/manager’ working alongside John McKenna, and the two led the team to the Second Division title in the 1895-96 season before Barclay's departure.

Jack's mother Alison Kite told Liverpoolfc.com: “Everybody was in bed when I found this connection. Of course, I just wanted to wake everyone up because my husband and Jack are massive football fans. To find that connection was just amazing.

“My husband's great, great, great uncle was very involved in Everton and then the split [to form LFC].

“I was just reading all these old newspaper articles which were describing what was happening and then seeing his name all the time.

“I felt I really got to know him. That gave me a sense of connection with the club. I'm not a big football fan so it's given it an extra dimension for me.”

Jack's chance to be in the company of his heroes came through his official Membership and, accompanied by his parents, he will travel from Gloucester to be in attendance tonight.

His mum added: “He's very excited, he couldn't quite believe it. He's been to Anfield a few times before with his Dad but obviously this is a whole different experience.

“What a great opportunity it is and he's really looking forward to it.”