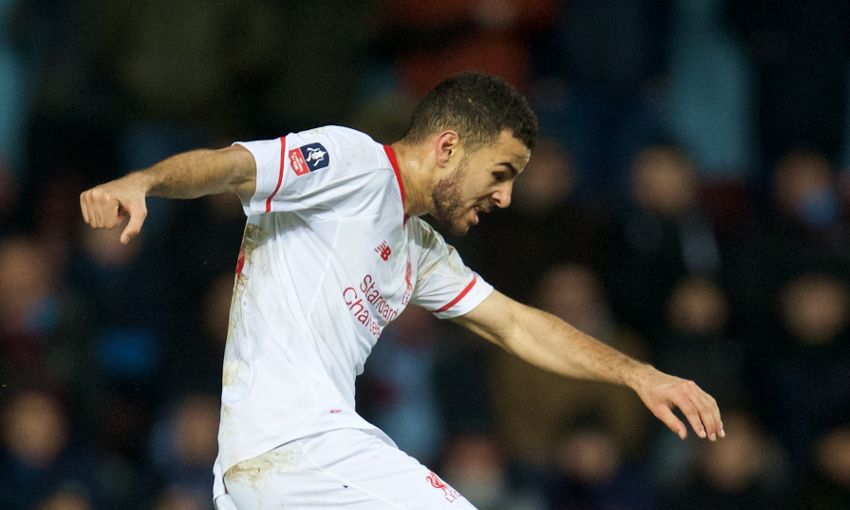 Liverpool's 2016 FA Cup campaign may have ended in disappointing fashion at the hands of West Ham United on Tuesday evening, but Kevin Stewart is certain of the benefits of the Reds' short run this season to him and the club's other young players.

It took a replay and an extra-time goal to finally settle a fourth-round clash between Jürgen Klopp's team and the Hammers, with the latter emerging victorious at Upton Park to book a clash with Blackburn Rovers in the next round.

Defeat meant an end to a four-game run of cup fixtures that saw Stewart and a number of other youngsters excel when given their opportunity in the Liverpool first team.

For that reason, the Englishman was upbeat when asked for his thoughts on what has been a breakthrough period for him and his youthful teammates.

"It's got some of the young players' names out there, showed people what they can do. There are a lot of positives to take from the FA Cup," he told Liverpoolfc.com.

"I've waited a very long time for [this], so it's a bit of relief to finally show what I can do.

"Most of my career, the games I've played well in have been against younger players and players my age.

"It's nice to prove to myself I can cope with the Premier League players and do well against them.

"It makes it much more competitive and I think I thrive in competitive situations. When a lot of players come back [to fitness], we need to fight more, and I think that's why I'm going to improve."

Of course, Stewart's delight over making an impact at senior level could not mask his disappointment over the heartbreaking nature of the Reds' exit.

"There are a lot of positives, I think the attitude was really good. If we made mistakes, we won the ball back, we really good reaction, we made chances.

"The only thing was we didn't put the chances away."