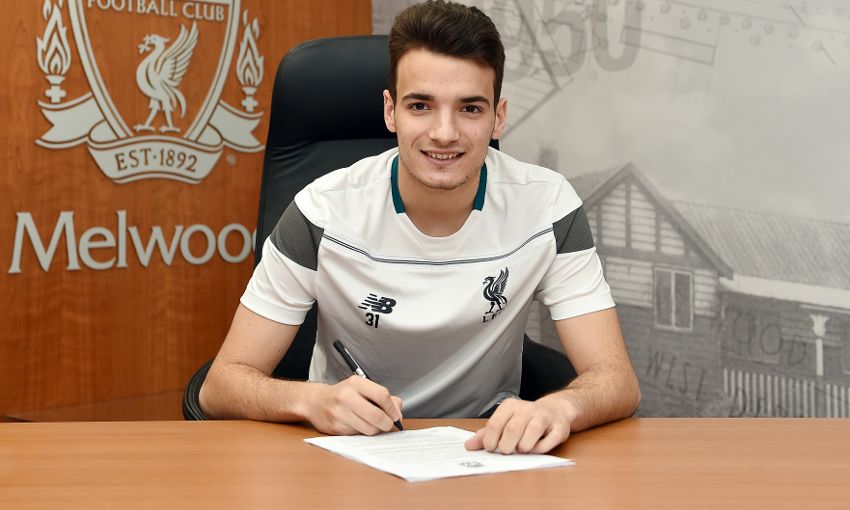 Liverpool midfielder Pedro Chirivella has today committed his future to the club by signing a new contract at Melwood.

The 18-year-old is enjoying a breakthrough season at first-team level with the Reds, making a senior debut as a substitute against Bordeaux in September.

Chirivella, who joined the club’s Academy from Valencia in the summer of 2013, has made four appearances in total – including a maiden start at West Ham United in the FA Cup.

After inking the deal at the training ground, he told Liverpoolfc.com: “It feels really good. I have worked really hard in the last year. I’m very proud to sign a new contract with one of the best teams in Europe.

“When Liverpool wanted me to sign here, I had no doubt about it. But when I came here, I needed to perform really well because the club trusted me and I had to give them a reason why.

“With pressure and [being] away from family, there are a lot of things that make it difficult, but now I’m pleased to be doing really well here.”