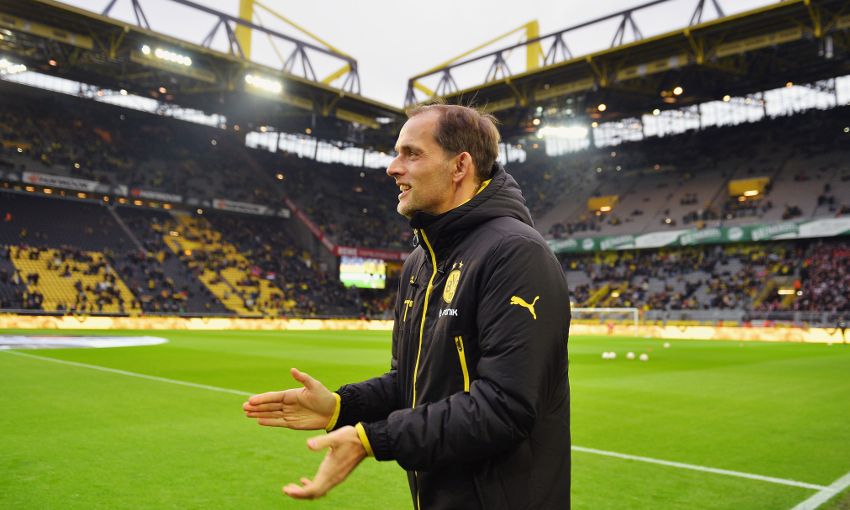 After Liverpool were pitted against Borussia Dortmund in the quarter-finals of the Europa League, we take a closer look at Jürgen Klopp’s former team...

Thomas Tuchel was announced as Klopp's successor in April 2015 and, with good foundations left in place by his predecessor, the 42-year-old has picked the baton up seamlessly.

And Tuchel's side are in scintillating form, having won 16 out of their last 18 matches while avoiding defeat since a 2-1 loss to Koln on December 19.

They have fared just as well in European competition this year, too. Dortmund finished second in their Europa League group - which consisted of FC Krasnodar, PAOK and Gabala SC - winning three of their six games and losing just one in the process.

But they appear to have really clicked into gear in the knockout stages of the tournament. FC Porto were taken down in the round of 32 before BVB convincingly dispatched Tottenham Hotspur 5-1 on aggregate in the last 16.

Klopp will surely need to find a way to stop in-form striker Pierre-Emerick Aubameyang if the Reds are to stop that progress. The Gabon international has scored 22 goals in 25 appearances in all competitions so far this season and is arguably Europe's most dangerous marksman this term.

Elsewhere, Marco Reus, Henrikh Mkhitaryan and Shinji Kagawa are all creative sparks that Liverpool should be wary of, while the forwards will have to break down a stern yellow wall at the back with Mats Hummels at the heart of defence and Roman Burki between the sticks.

Ahead of the first leg on April 7, Dortmund face Werder Bremen at the Westfalenstadion in a league clash, while they travel to face bitter rivals Schalke four days prior to the Anfield return leg.

Liverpool and Dortmund have faced each other three times in competitive fixtures over the years. Their first meeting was in the 1966 European Cup Winners’ Cup final at Hampden Park in Glasgow, where the Germans lifted the trophy thanks to a 2-1 victory in extra-time.

But it would be after the turn of the millennium that the sides met again, when they were drawn together in the Champions League group stage for the 2001-02 season.

A goalless draw was played out in their first meeting and was followed by a 2-0 victory for Liverpool at Anfield which put Gerard Houllier’s side into the next round of the tournament.

The sides also recently met at Anfield for a pre-season friendly in August 2014 when Klopp’s Dortmund were swept aside in a 4-0 rout.