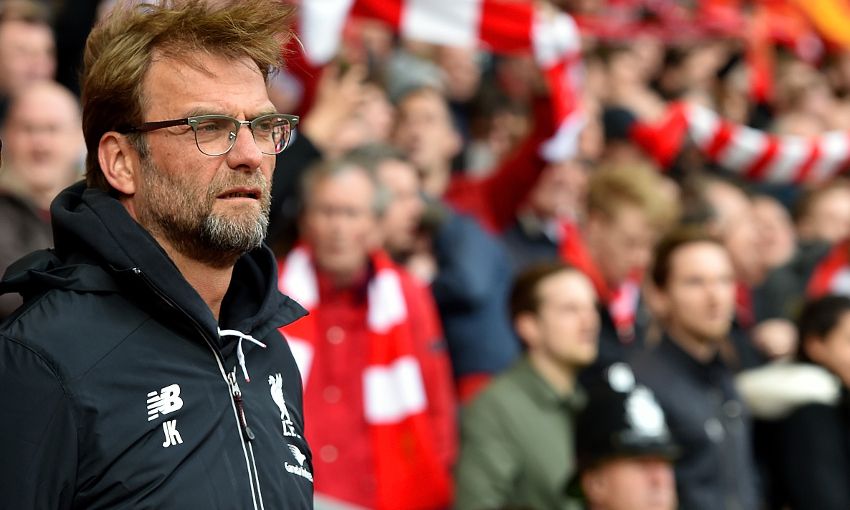 Analyse how the Reds beat Stoke with Opta data

After an impressive performance from a much-changed Liverpool side ended in a 4-1 win over Stoke City at the weekend, Jürgen Klopp admitted he faces some difficult choices when it comes to picking the line-up for Thursday's clash with Borussia Dortmund.

The manager made seven changes to the starting XI for the Barclays Premier League meeting with the Potters on Sunday afternoon at Anfield, but saw his side run out comfortable 4-1 victors.

Attention now turns to the second leg of the Europa League quarter-final tie against BVB, which is perfectly poised after the 1-1 draw at Signal Iduna Park last week.

Asked if Sunday's showing might lead to some selection headaches, Klopp told Liverpoolfc.com: "That's a good thing if I have to think about the line-up or something. That's what I do most of the time, to be honest!

The German made use of the depth of his squad at the weekend, giving the likes of Sheyi Ojo and Kevin Stewart another chance to shine and allowing several players a deserved rest.

Klopp explained why it was a good opportunity to utilise the squad ahead of a huge evening at Anfield against his former club.

He added: "We need more opportunities. You cannot go through this big number of games always with the same line-up.

"[It was] unbelievable that we could rest Phil Coutinho - he's in brilliant shape and very important for us.

"Adam Lallana only [played] 30 minutes, [but] okay he was running all over the pitch.

"It's really good for us. Mama [Sakho] could watch the game very relaxed and Dejan [Lovren] was on the bench."