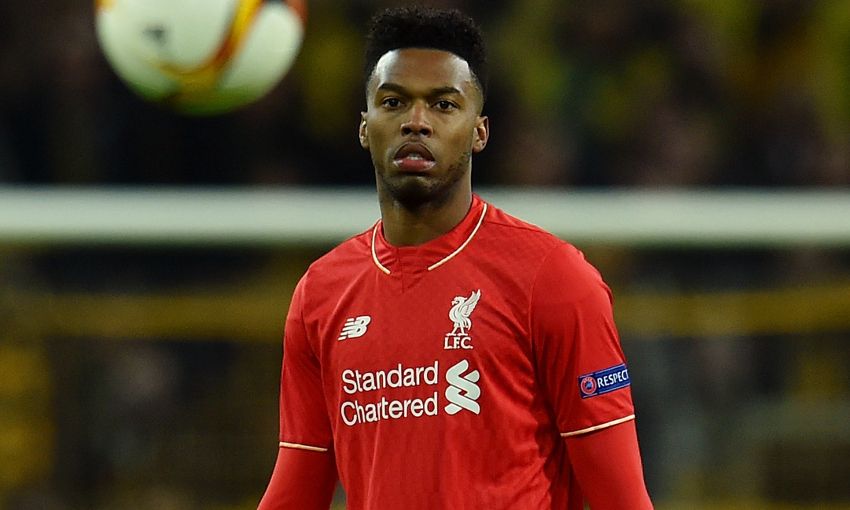 How can I follow LFC v Borussia Dortmund tonight?

Borussia Dortmund's star-studded line-up holds no fears for Daniel Sturridge, who is confident of showing just why Thomas Tuchel's men should be worried about Liverpool when they visit Anfield on Thursday.

Thanks to an away goal scored in a 1-1 draw at the Westfalenstadion last week, the Reds hold a narrow advantage ahead of the second leg of their Europa League quarter-final meeting with BVB.

But, given the quality possessed by the German outfit - who are undefeated so far in 2016 - nobody would dare write off their chances of turning the tie around on Merseyside.

Sturridge won't be 'in awe' of the Bundesliga's second-placed team, however, as he knows he and his teammates are capable of matching them all the way.

Asked specifically about the personal challenge of going up against World Cup-winning defender Mats Hummels, the No.15 told Liverpoolfc.com: "I’m at his level, so I don’t look at him as anyone who’s bigger than me or better than me or I’m in awe.

"Not at all. He’s the same as me. We face players at the top level in the Premier League – it’s the best league in the world.

"We face defenders who don’t probably get as much credit as they deserve. I’ve been playing at the top level for a long time now so it’s nothing new.

"It’s just going to be a great night for everyone, and you can’t let nerves get the better of you. You just have to enjoy it, that’s what life’s all about."

Sturridge appears to be hitting form at just the right time going into one of the biggest games of the Reds' season thus far.

The 26-year-old has notched 48 goals in 84 appearances in all competitions since his Anfield arrival in January 2013, a record that has been bolstered by three strikes in his last five starts for the club.

But, ever the perfectionist, he is out to reach a level above that recent one-in-two return as he continues to build up his fitness in the coming weeks.

"That’s the standards that I set, probably a bit better than that, hopefully I’ll be able to continue," he added.

"I know I can perform a lot better than I am now but it’s just that fitness and the repetition of playing 90 minutes is important as well.

"It’s never easy to score in every game so I can’t really set myself that standard but I think being better than one in two is really where you want to really be at.

"One in two was [in the past], and it’s still a good strike rate, but I’m hard on myself so I don’t want to settle for that."

Whether he notches or not, though, the England international is keen to enjoy what he is sure will be an entertaining contest for all football lovers.

"It’s going to be a great occasion, not just for the players but the fans, for everyone who isn’t involved with Liverpool as well – they’ll enjoy the match," he enthused.

"It’s one of those occasions where you just soak it all up, enjoy it, embrace it, have fun, that’s what you live for."

Sturridge then added with a smile: "It’s like when you’re playing a final on FIFA and you’re playing against your mate. You’ve all put £20 in the middle and there’s £100.

"The pressure’s on, your palms are sweaty, but as you get into the game, the nerves go away and you enjoy it. And that’s exactly what it’s like!"