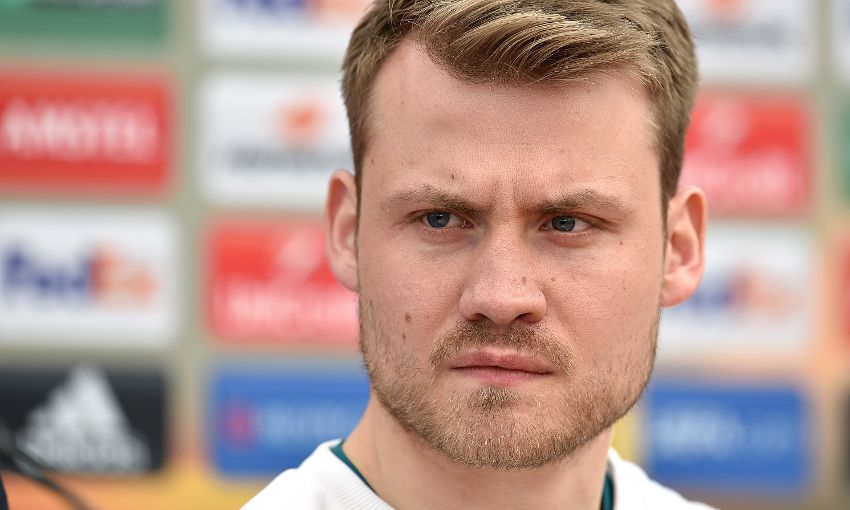 From Moenchengladbach to Cologne: Kop 10 wins over German sides in Europe

Simon Mignolet hopes to take the next step in a journey that began back in Jürgen Klopp's first home game as Liverpool manager when Borussia Dortmund visit Anfield on Thursday.

The German's second fixture in charge of the Reds was a Europa League group-stage clash with Rubin Kazan on Merseyside, a match which ended in a draw that ultimately helped secure passage to the knockout stages.

Liverpool have played eight fixtures in this competition since facing the Russians, including a 1-1 draw with BVB in the first leg of the sides' quarter-final clash last time out.

And, speaking prior to the return game in L4, Mignolet revealed how Klopp's teamtalk ahead of his first European outing with the club laid out the requirements for a chance at glory in this tournament.

"I remember when the gaffer came here the first game he played was in the Europa League," the goalkeeper explained.

"He said, 'If you want to go to the final, this is the first step'. This is what you have to do in a tournament, every game you play is one step in the direction of where you want to go.

"Tomorrow is no different and we'll try to do the same things that we've been doing in this competition and hopefully we can keep that story going until the end."

The meeting between Dortmund and Liverpool has captured the imagination of football fans around the world thanks not only to the clubs' rich histories but also their famously passionate supporters.

Mignolet experienced the white-hot atmosphere generated in Dortmund in the first leg, but he is convinced Anfield can get one over on the Westfalenstadion in tomorrow's game.

"The fans will be behind us," he added.

"There have been a lot of brilliant nights in Europe at Anfield and I'm sure the fans will be up for trying to do better than the atmosphere in Dortmund.

"They'll be ready for it and they'll be pushing us on to go through to the semi-finals.

"It's exciting, it's a great occasion to play in as a footballer and that's what you want. You want to play in big matches so you look forward to that and relish the occasion."

However, the Belgian was keen to underline the importance of not letting any external influences distract from the task at hand.

"The only thing you can't do is let the nerves get [the better] of you because then you start not playing the best you can," he continued.

"We have to be professional and focus on the job.

"The fans and everybody at the club will enjoy the night, like always when there's a game in Europe, but we just have to take it professionally and do our jobs."