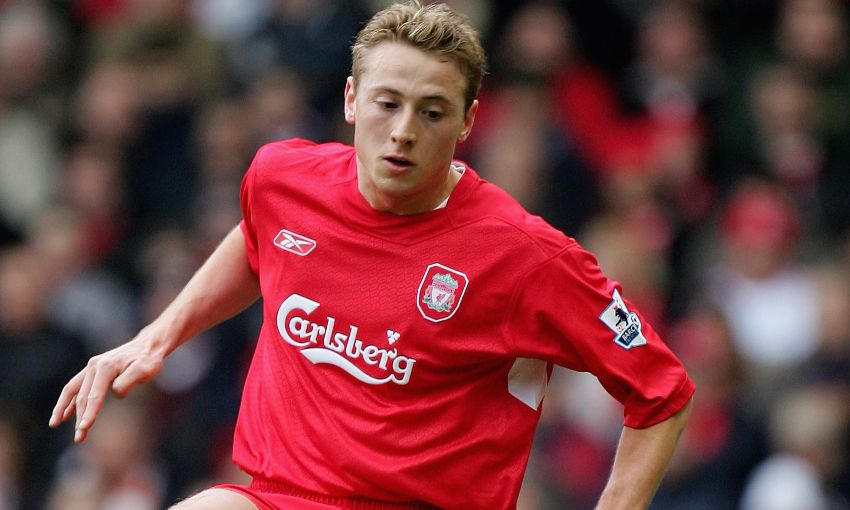 Smith: Aussie or Scouser? I'm both!

In the midst of a season where he was struggling to feature for Villarreal, Jan Kromkamp couldn't quite believe it when he was informed of Liverpool's interest in him.

The Dutch defender was becoming increasingly frustrated by the lack of opportunities in Spain, but a phone call taken while he was enjoying the winter break in his homeland back in 2005 suddenly changed his outlook.

Kromkamp's agent had reached out to inform him of a swap deal that was going ahead which would see him move to Anfield, with Spaniard Josemi heading in the opposite direction.

The developments caught the former Netherlands international by surprise.

"I said 'what? No...'" Kromkamp revealed to Liverpoolfc.com. "He responded by saying 'Yes. They want to swap Josemi because he wants to go back to the sun and Liverpool know you. I think you're better in Liverpool and he's better at Villarreal.'

"It was a dream come true for me at the time."

Having joined from AZ Alkmaar the previous summer, Kromkamp had only been with 'The Yellow Submarine' just a matter of months before he made the move to Merseyside.

He had trouble settling into life in Castellón, not particularly helped by the fact his time on the pitch was severely restricted by boss Manuel Pellegrini.

"We had a lot of South American players and it was different," Kromkamp continued. "They trained very low-profile and easy, whereas I was used to training very hard.

"It was difficult but it was a great experience to be part of a different culture and try to get to know them. They were very social and warm. I had a good half [a] year but, at the end, it was difficult for me to play.

"I played against Manchester United up against Cristiano Ronaldo [in the Champions League] and we played well because we drew and we were top of the group. But in the next game I didn't play and I didn't understand.

"I asked Pellegrini 'have I done something wrong or do I have to improve something?'. He said 'No, you work fine. We're happy with you but you're never going to play all the games'.

"It was difficult for me because I wanted to stay in the Dutch national team, so I needed to play games.

"One game in every three weeks is too little. Then Liverpool called and they were really a club for me at the time - of course you go to Liverpool."

Kromkamp did not need much convincing about heading to the Reds, after just six appearances in the yellow of Villarreal.

Although, when he did arrive, he had to quickly find his feet in a completely different environment.

"I had to adapt to the power of the Premier League - kick and rush!" he admitted.

"I came on against Luton Town and it was unbelievable - what a high tempo. It was back and forth, you had to adapt."

As well as coming to terms with the unique dialect of his new home - even still, as he apologises numerous times for not totally understanding the questions during this interview.

"Before a game I was at the table for lunch with Carragher and Gerrard... just forget it!" Kromkamp laughed.

"I didn't know what they were talking about, it's another language!"

His time at Liverpool would be just as frustrating as his spell in La Liga.

As part of a well-equipped Rafael Benitez squad, the Dutch full-back was limited to just 17 appearances in the 2005-06 campaign.

But that figure does include an appearance in the 2006 FA Cup final triumph over West Ham United.

He said: "I was not a regular player but a lot of players were changed by Rafa at the time.

"I was always in the squad but I didn't play all the time. But I did play in the FA Cup final so that was a great memory.

"It's a regret that it was so short. I played in the beginning of the next season but in the summer Rafa wanted to find a solution for me.

"His argument was that I wasn't really a defender and he was right. I started as a midfielder in the youth teams and I was turned into a defender at the time.

Although, he was back in his recently-departed city sooner than he would have envisaged.

"It was difficult because I really wanted to stay in England because the atmosphere in the stadiums shows how much the supporters love football - it's only in England, nowhere else is like that," Kromkamp said.

"[But] I needed to have a coach who would play me. If not, then you are not only fighting against your opponent, but also against the judgement of your coach all the time.

"I talked with my family and asked 'what should I do? Stay with Liverpool and have a big chance that I don't play a lot of games, look for another English club in January or go to PSV?' That was a very difficult decision for me."

He added: "When I went to PSV, we played Liverpool a couple of times in the Champions League.

"I came to Liverpool and I was like 'oh no, why did I leave this club? I was there!'

"But in the end, it was a good decision. After a few years, my knee got worse and worse so it was better for me to be with relatives rather than in another country."

Kromkamp began and finished his career at Go Ahead Eagles - where he now coaches the U16s side.

Chronic knee problems led to an early retirement in 2013 at the age of 32, however he still puts on his football boots whenever asked by the Liverpool Legends side.

He concluded: "It was great to be part of the family of Liverpool. When they asked me to go I said 'OK, I won the FA Cup and played in the final, but I'm not a legend like Dudek, McManaman or Berger who played for many years'.

"But they were very happy to have me and I did well against Man United in Singapore. It was great to be a part of it and they make you feel like one family - I think that is the biggest strength Liverpool have because all the other clubs are not the same.

"Once you play for Liverpool, it doesn't matter how long, you're a part of the club and that's the best thing.

"That's one of the things that makes Liverpool unique because all the other clubs that I've played at are different."

Melwood photo gallery: Back to business after Villarreal joy

Emre Can: How I returned for Villarreal clash

Kolo: The coach greeting helped us reach the final

Mignolet: Villarreal were surprised by the atmosphere