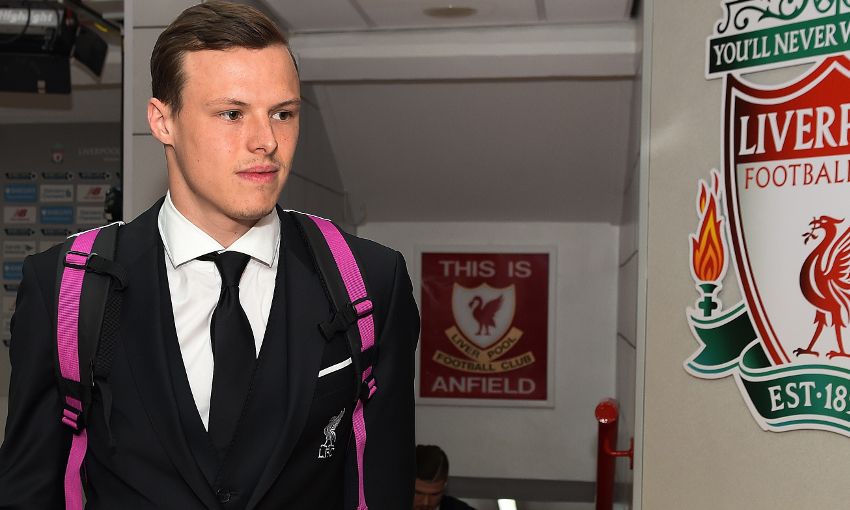 After a lengthy period of his life spent on Merseyside, Australian-born Brad Smith now considers himself to be a 'Scoussie'.

The Liverpool defender made the move halfway across the world at the age of 14, when his footballing talents were just emerging.

Since joining the Academy, he has gone on to progress through the ranks at Kirkby all the way to the first team, and now represents his homeland on the international stage.

Having spent so much time in the city of Liverpool and around its people, Smith’s accent has altered in a way familiar to Reds legend Jan Molby - whose Danish tone now regularly features Scouse inflections.

Born and growing up in Penrith, in the state of New South Wales, Smith turned to football at a relatively late age.

His first footballing recollection was when he was 11 years old, having been side-tracked with other sporting interests.

"I used to do sprinting as a child and stuff like that. I used to play football but then I had to put athletics to the side and focus on football," Smith said.

"I played rugby too, but not cricket - the boys give me stick for not liking cricket when I'm an Aussie, I just never got into it.

"Obviously I used to watch Liverpool when I was younger, but I remember when [John] Aloisi scored the winning penalty to take Australia to the World Cup [in 2005] - that was probably my first memory to be honest.

"It was a great day for Australia because we hadn't been in the World Cup for so long.

"I also used to love Roberto Carlos. I just loved the way he played, left-footed, crazy shot and he was just a great player." 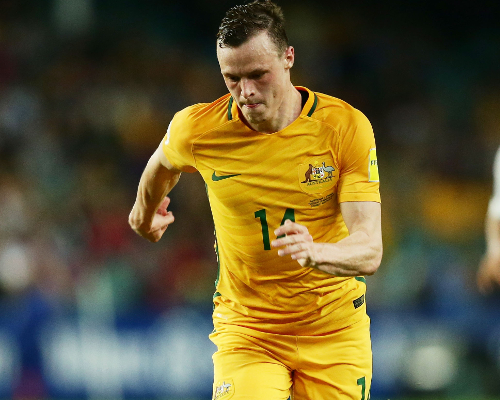 Despite the late start, Smith quickly adapted and found his feet at 'soccer'.

As a result, it then led to some tough very choices needing to be made at an early age, after he caught the eye of Liverpool scouts with his sheer athleticism and impressive ability on the pitch.

The 22-year-old recalls: "I was just enjoying playing it as a kid with my friends and stuff and then it kind of took off.

"I was playing up a few ages and got into a representative team and came over to England. [I] played a few games over here and went from there.

"Both of my parents are English and I've got a lot of family over here, [but] it was a big decision for my family.

“I don't know if I would have done it if my mum, step-dad and brother didn't come over.

"The hardest thing was going to school. It was just different going to a new school where I didn't speak the same or look the same - I had long hair!

"[But] it was obviously a dream come true to be approached by such a big club and to get the chance to show what I can do was a great honour.

"It was a big decision but it's paid off."

Liverpool recently announced the launch of an international academy not far from where Smith resided.

At Southern Cross University and other locations around New South Wales, youngsters down under will be given the same footballing lessons that Smith received during his time at Kirkby.

The Academy graduate provides an example of the talent within the southern hemisphere, and he feels the stars of tomorrow are there to be found down under.

"I think it's a great opportunity over there because I didn't have something like that when I was growing up. I think it'll be great, especially because it's not too far from where I grew up," Smith continued.

"It's a great chance, especially with the coaches coming from here, and this is where football is born.

“To go over there and coach the kids from a young age, I think, will really help them. There will be some good talent over there.

"I was in everyday and you learn from great coaches, just working on things everyday and slowly getting better and better."

Redknapp, Case and eight others to play for both LFC and Bournemouth

Dancing and the didgeridoo: An afternoon with Klopp in Sydney...