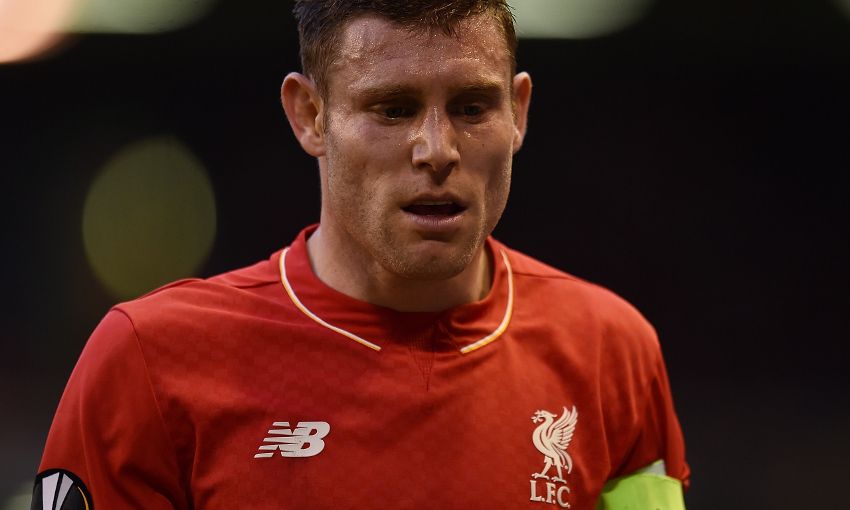 From Hunt to Gerrard: 10 great LFC wins over the Hornets

The seeds of Liverpool's semi-final triumph over Villarreal were sown when the fans made the players 'feel unbeatable' upon arrival at the stadium, according to James Milner.

As they had before the meeting with Borussia Dortmund in the previous round of the Europa League, supporters lined the Anfield Road approach to the ground to greet the team bus with an especially noisy welcome.

It worked a treat, with Milner reporting after a place in the final had been secured courtesy of a 3-0 victory that the reception four hours earlier had laid the foundations of the result.

“The atmosphere outside the ground with the fans before we came in set the tone for us,” the No.7 told Liverpoolfc.com post-match.

“[It was a] great atmosphere and that obviously gives you a lift. [It is] such a massive help to the boys – when the atmosphere is like this you feel unbeatable.

“They are a top side. We saw that from the first leg. We obviously knew we were in a bit of a dangerous position – if they got a goal, we needed three.

“But I thought we controlled the game really well. We didn’t panic at any stage, we didn’t attack too much and we looked pretty solid. I thought it was a really good, professional performance.”

The Reds will be joined in the final in Basel on May 18 by Sevilla, who have seemingly mastered the competition in the modern era and lifted the trophy in the past two years.

But Milner is one of a number of recent recruits in the Liverpool squad who are determined to make a tangible mark by putting some fresh silverware in the cabinet.

“Liverpool as a club doesn’t take much selling – amazing history, amazing ground and amazing fans,” he said. “I want to be part of that history and add to that.

“We’ve been unfortunate in a final already this year. I’m not the only one who has come here to win trophies, the club is used to that and we want to continue that success.”

The Englishman was partnered in midfield against Villarreal by Emre Can, who produced an imperious performance on his first appearance for three weeks.

Milner said: “He is very consistent. He is a great young player. You forget how young he is – he is going to keep improving.

“He is great on the ball, stepping out and making passes. He is so strong and quick at winning the ball back as well. He was brilliant again, as were all the boys. It’s great to have him back.”