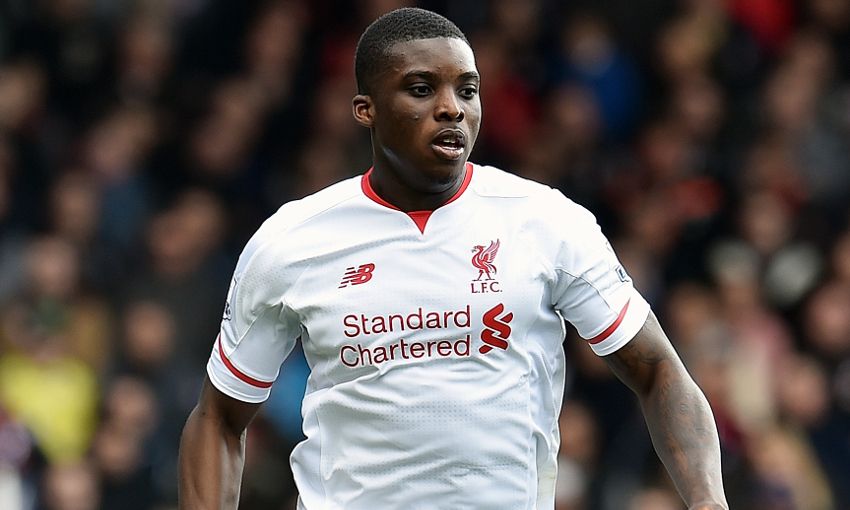 How you can follow Liverpool's Anfield clash with Watford today

Despite impressing in his first Barclays Premier League start for Liverpool last month, Sheyi Ojo still feels there is plenty of room for improvement.

The 18-year-old featured in April's 4-1 victory over Stoke City at Anfield and went on to provide a wonderful cross for Daniel Sturridge's headed goal in the first half.

Even though his outing that day drew plaudits from Jürgen Klopp, Ojo wasn't totally satisfied with his 45-minute cameo.

"To be honest, obviously it went well, but if I look back on my performance I could have done better, even though I got the assist," the winger admitted to Liverpoolfc.com.

"Even if I were to play amazing, there are always more things I could still do. I can always play better.

"Whenever I reflect on games, I'm always trying to improve and trying to figure out what I can do more for the next game to come.

"I've always believed that if I was given the opportunity then I would be able to play at this level and to play well.

"Obviously to play for such a big club like Liverpool at my age is very good and I'm grateful for how things have gone."

| Watch: Sheyi Ojo speaks to Liverpoolfc.com about his development |

Since being recalled from a loan spell at Championship side Wolverhampton Wanderers at the start of 2016, Ojo has made eight appearances for the Liverpool senior team and scored on his Anfield debut against Exeter City on January 20.

The England youth international believes the opportunities handed to him by Klopp have enlightened him to the pressures of first-team football.

"You can always learn from things, every game that I'm playing," Ojo added. "I've played eight games now and in each of them there have been different scenarios and different results.

"I think I'm just learning from every experience and that will help me in the future.

"Jürgen is a great manager and I'm happy to be working under him. I'm just trying to learn off him and the first-team staff and even the Academy staff.

"He's given me loads of confidence ever since I've come back from Wolves and I'm grateful for that.

"Hopefully I can keep repaying him with good performances."

After the Reds reached the Europa League final on Thursday, the boss revealed in his Watford pre-match press conference that he could make changes to his starting XI ahead of the visit of the Hornets this afternoon.

Ojo insists he'll be 100 per cent ready for the clash with Quique Sanchez Flores' men if he's handed a berth.

He said: "The manager hasn't said anything about [team selection], so no-one knows yet. Hopefully I'm involved and, if I am, then hopefully I can play well and do the manager proud.

"They've done very well this season, even in the bigger games when you expected them to lose points they've dug out and got some points - credit to them.

"But it's all about us. We know that if we play to our potential then we can beat anyone in the Premier League, everyone is going to be looking forward to that game.

"No-one at the club wants to lose and, even though we've got the final, these games before then are just as important.

“Everyone is going to be trying as best as they can to help the team get the three points.

"It's important that we stay consistent with our run of games coming up and we keep trying to do as best as we can, trying to get wins."