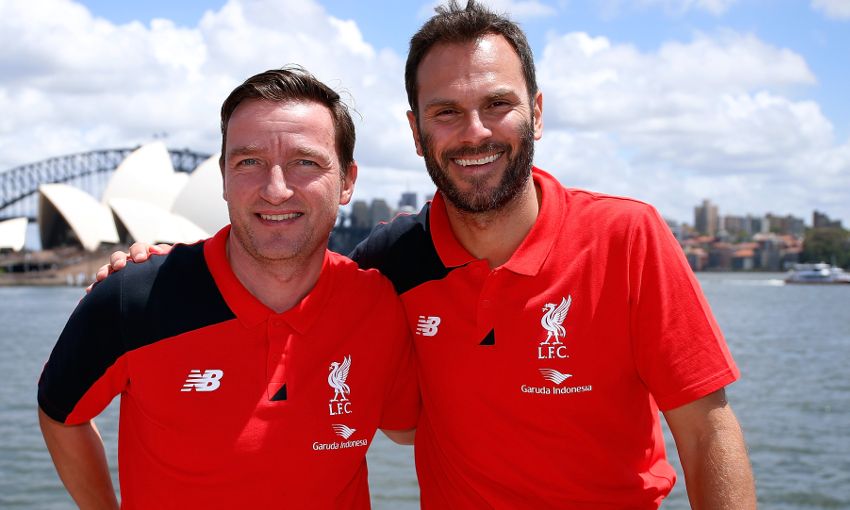 Pressure, distractions, nerves - just a few of the things Liverpool players will have had to deal with ahead of tonight's Europa League final against Sevilla.

It continues right up to kick-off, until the referee's whistle puts all that to one side and the men on the pitch can finally control what will happen.

Having appeared in finals on the biggest stage for the Reds, Patrik Berger and Vladimir Smicer gave Liverpoolfc.com an in-depth take on their experiences prior to the grand occasions they featured in.

Berger came off the bench in the 2001 UEFA Cup final victory, while Smicer also appeared as a substitute that night in Dortmund and was a hero in the Champions League final in Istanbul back in 2005.

Read on as the duo give a thorough explanation of the build-up to a final...

You obviously don’t want to be injured for the big game, so what's training like the week before?

Patrik Berger: It's pretty much the same. I think the intensity is the same, I don't think there's that many changes. Obviously the manager will be saying to the players 'be careful with your tackles, I don't want anybody to be injured'.

Vladimir Smicer: I was training to do everything at my best because I think that's the best way to prepare for a final. It's like doing everything possible that you will be in top form for that game and I think that's what most of the guys are actually doing. It's a European final and you want to be ready for that. You can’t just think 'I'll be at 60 or 70 per cent and be careful’, you need to really train like normal.

There’s a lot of media obligations that you have to fulfil ahead of the match, just how distracting can they be?

PB: It depends. Some players are asked to do the media work more than the others, but that's part of the game. You are in the European final and that's part of it. I don't think it's anything that would distract you. They do it all year round anything - before big games or after big games.

VS: I think in England it's well organised. You have your media day and you talk a lot about the final and it's OK. Afterwards, the media are not calling you any more or you don't need to worry about it. You just maybe read the media about what the opposition players are saying. Then you can try to concentrate on the game. 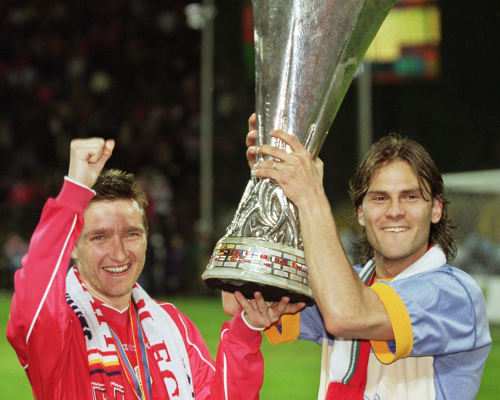 You must get asked a lot for tickets by family and friends...

PB: That can depend. You know the number of tickets you can get. The request is huge for the local players who actually live in Liverpool. You just have the number of tickets you will need and you will ask if you can get them. You'll deal with this a few days before the final, you don't want to deal with this on the day of the final - you just want to have everything sorted a few days before.

I have a friend who went to the final in the Dortmund and he wanted to put everything on camera. One of his friends lent him a camera for the game, so when he got to Dortmund and he was going into the stadium, they said he wasn't allowed into the stadium with a camera. He asked 'where should I put the camera? I could only park the car an hour from the stadium - there was no space’. What he did was that he kept the camera with him and didn't go inside the stadium because he was afraid that if he put the camera somewhere in the city and then went back and it wasn't there [then] what would he say to his friend? He was outside the stadium the whole game! I phoned him after the game and I said 'what did you think of the final, it was awesome wasn't it?' Then he was telling me it was great, but he was kind of down. I found out six months later that he actually didn't see the game! He was desperate for the ticket as well. I was working hard for the ticket and he didn't see it anyway!

VS: I was always OK with tickets. I remember when we played in 2001, I needed just maybe five tickets. For the Champions League final in Istanbul, I didn't need a ticket! It was quite simple for me. It’d be much worse now for the players, some players might have big families and Basel is not too far away from England. For example, in Istanbul I was not sure if I was going to play and my family were not sure [if they were going]. We played the FA Cup final and League Cup final and it was an issue to get tickets for friends and how you were going to give them to your friends. You try to sort it out as soon as possible.

You train at the stadium the night before the final, is that just a case of getting used to your surroundings?

PB: I don't know if this has changed but we had one hour for a light session - you don't really do anything extra. You only have an hour, so you just want to get a feeling of the stadium.

VS: I think the target of training there is that you get used to the stadium and the pitch. In the session, the coaches prepare their exercises on both sides - so you know the pitch. That's mainly why you have this training session before the game. You get used to all the stands, you can see how big the pitch is and all the small details in the end can count. You can try to shoot some penalties because when you shoot penalties on the training ground, it's never the same. I think we practised penalties before the Champions League final. It doesn't matter if somebody watches you or not, you can strike two penalties - one each side and nobody knows where you will shoot.

You’ll obviously have a lot of thoughts racing through your head the night before. Can you recall if you slept well?

VS: I slept well before all finals. I was maybe lucky. You do think that you will lift the trophy and stuff like this, but you never know what you're going to dream of.

But when you wake up, does the day seem very long because the final is at night?

PB: It is in a way because we would rather get on the pitch and play. [Though] during the year, we played so many European games over the season and they're played in the evening too. They will go through the same routine. I don't think there will be anything different at all from the quarter-finals or the semi-finals.

Your teammate Stephane Henchoz struggled to eat his pre-match meal in 2001, was that the case with you?

PB: No. I really wasn't nervous or anything like that. I like food, so I don't have a problem with food! Some players are superstitious, some players are not. It's really individual. There are some things during the day which you have to do with the whole team like breakfast [and] warm-up in the morning. Then you have lunch and then you have a rest in the afternoon - some players go to sleep, some players just can't sleep so they're on the internet or watching movies. Then you have the pre-match meal together, some people eat a little bit more, some people eat a little bit less. Everyone is different and everyone will approach the preparation for the game differently.

VS: I was fine. I ate well. The big thing is that you order what you like to eat. Sometimes players can be nervous more and they probably eat less than usual - it's not an issue. Your body will tell you what you need.

So then you arrive at the stadium and go out to do your warm-up. It’s often said that players race through it ahead of big games because the adrenaline is pumping...

PB: Everyone is buzzing. You have butterflies in your stomach and the stadium is full - it's the biggest stage in European football and you're playing for a huge trophy. This is the game you have been working hard for the whole season and you really want to do well and have the medal on your neck after the game. As soon as you step on the pitch for the warm-up, the pressure starts to build a little bit and the adrenaline is there. It doesn't matter if you start the game or are on the bench - that's the way it is. Nobody is calm. This is no normal game, it is a European final so everyone's adrenaline is rising up.

VS: That's right, the adrenaline is there. Already when you come into the dressing room or the stadium, you're really up for it. You have to keep concentrating on what you have to do, what is your target for the game and what is your plan and just do it. It's very important to keep your head calm. Of course adrenaline is big, you think you can run for 24 hours - it's the biggest game in your career.

The pair spoke to us from Shanghai following their attendance at the launch of the club's new flagship JD.com store.