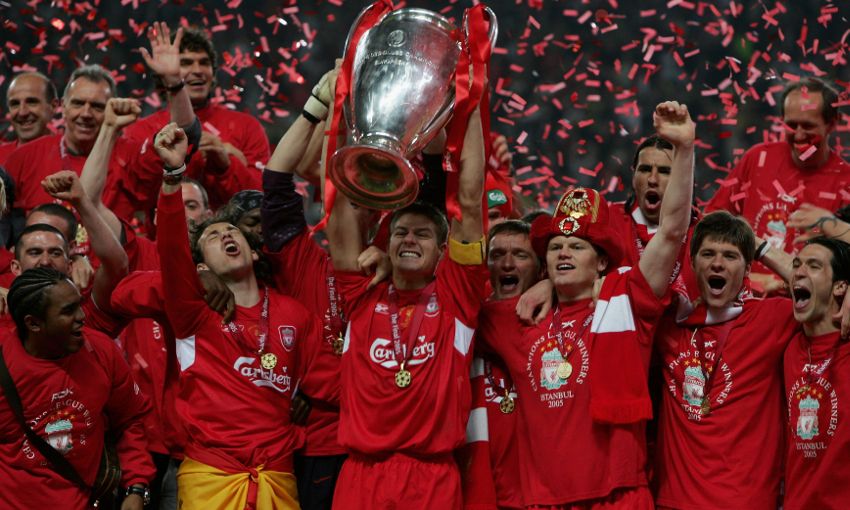 'The Reds and Klopp are an attractive proposition this summer'

Yet at half-time in the 2005 Champions League final, Reds at the Ataturk Stadium and around the world were trying their hardest to forget what they had just witnessed.

Outclassed and outmanoeuvred by AC Milan over the course of the first 45 minutes, Rafael Benitez's team were facing the prospect of capping an admirable European campaign with a humiliation on the biggest stage.

Paolo Maldini's early, early opener and two further strikes from Hernan Crespo had put the Italians firmly in control and, seemingly, on course to lift the trophy.

But the side wearing red that night had other ideas.

The six minutes of madness that saw Steven Gerrard, Vladimir Smicer and Xabi Alonso level things up in the second half were at least enough to restore pride.

The resilience and bravery shown throughout the rest of the second half and extra-time went beyond that, however.

And Jerzy Dudek's unbelievable save on the line from Andriy Shevchenko at the close confirmed what everyone already knew by then - it was meant to be.

The Pole repeated the feat in the penalty shootout to clinch a fifth European Cup for the Reds in the most miraculous of circumstances.

It is a day that no Liverpool fan will ever forget.

Relive the memories of that amazing night with the hilarious, action-packed comedy 'One Night in Istanbul', which is available to buy on DVD here.