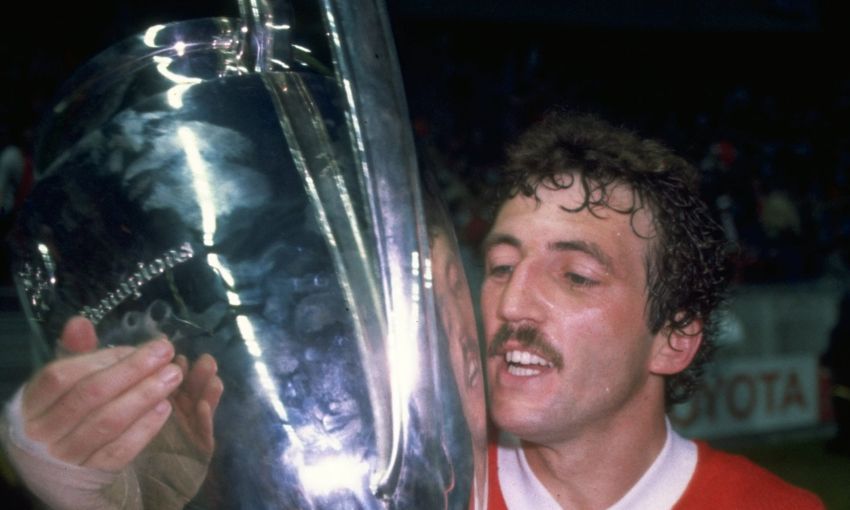 On this day 35 years ago, Liverpool hoisted aloft the European Cup for a third time thanks to Alan Kennedy's winner against Real Madrid in Paris.

For manager Bob Paisley, it completed a sweet hat-trick after previous successes in Europe's premier competition in 1977 and 1978.

A tight encounter against Madrid finally yielded a breakthrough with nine minutes of the 90 remaining when Kennedy struck his iconic near-post effort before wheeling away to celebrate with the travelling Kopites - a moment the former Red describes as one of the best in his life.

Casting his mind back to that night in the French capital, Kennedy recalled to Liverpoolfc.com: "It wasn't a particularly good game of football - it had 1-0 written all over it.

"Then, in the 81st minute, Ray Kennedy picked the ball up on the left hand side of midfield for a throw-in and threw the ball in to me.

"Out the corner of my eye I saw David Johnson at the far post but in thinking about what to do next, typically I just hit the ball.

"If the goalkeeper had stayed where he was, I would have missed and got a right rollicking off David Johnson. But he moved slightly across, the ball went past him and I was off running to all the fans.

Alan Kennedy's 'One Moment in Time'

"It was one of the best times I ever had on a football pitch - and so should it be. Not many people get to play in a European Cup final, let alone score what proved to be the winning goal."

Kennedy, of course, would go on to score the winner in another European Cup final three years later, against AS Roma.