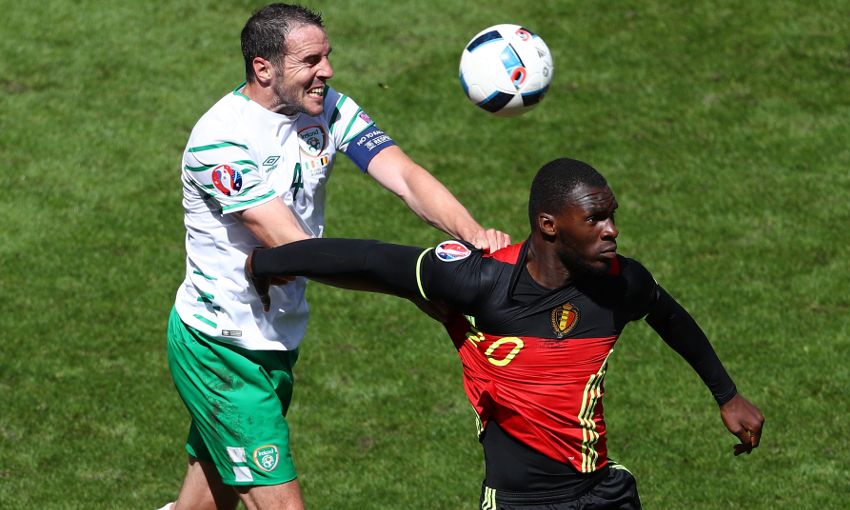 Read all of the latest Liverpool FC transfer rumours

Christian Benteke featured for the final eight minutes as Belgium beat Republic of Ireland 3-0 in their Euro 2016 clash on Saturday afternoon.

The Liverpool striker was a late substitute at the Stade de Bordeaux, while club colleagues Simon Mignolet and Divock Origi watched a much-needed victory from the bench.

The first half finished in stalemate but Belgium’s wait for a goal at the tournament ended shortly after the interval – and it prompted a flurry from Marc Wilmots’ men.

Romelu Lukaku was the player to break the deadlock in the 48th minute, swiping a side-footer into the bottom left corner from the edge of the penalty area.

Axel Witsel increased the lead with a firm header on the hour mark and Lukaku grabbed his second and his country’s third with another clinical strike on 70.

Benteke replaced the double goalscorer in the closing stages, making his first appearance at the tournament in France.

Belgium will now hope to build on the result and secure a spot in the knockout rounds when they face Sweden in Nice on Wednesday evening.