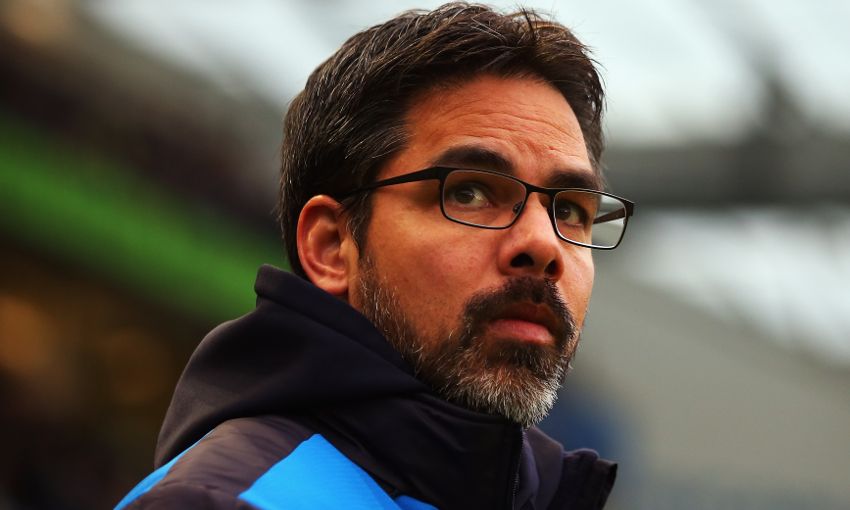 Boss digs out classic snap ahead of Wagner reunion

Prior to Jürgen Klopp taking Liverpool into their fourth pre-season fixture at Huddersfield Town on Wednesday evening, the Reds boss has received a ringing endorsement from opposite number David Wagner.

Klopp and Wagner have been the best of friends for almost 25 years and a special reunion will take place at the John Smith’s Stadium when the Reds play their final UK fixture before embarking on a three-game tour of the USA.

As the pair prepare to lock horns in opposition for the first time, the respect they have for each other is abundantly clear, with Wagner labelling Klopp as having 'the best personality in football'.

Talking about his friendship with Klopp, Wagner told Liverpoolfc.com. “I first met Jürgen in 1991, a long time ago and he was much more younger [laughs]! It was when I signed for Mainz in 1991 and he was there one year before me so that was the first time I met him.

“Football in Germany is a small family and I knew a bit about him [before we met] so when I met him it was like love at first sight! He’s a good guy and everybody realises that when you first meet him.

“We were roommates for four years and our friendship grew over the years. In football it isn’t easy to find a friend, a real friendship and [in Jürgen] I’m happy to have found one of them.

“A big part of being a football manager is personality and I think he is the one with the biggest football personality in the world.

“When I was about to take over as Huddersfield manager it was around the same time as he was in negotiations with Liverpool, so everybody worked on his own project.

“Now we are here in England we very often speak about the Championship, the Premier League, players, young players, the talent, our thoughts and our problems.

“There are a lot of conversations we have, mostly on the telephone and also I’ve had a quick chat with him after some of the Liverpool games.”

David Wagner on Jürgen Klopp: It was love at first sight!

Wagner followed Klopp by moving into management in England when he arrived at Huddersfield in November 2015.

The pair worked closely during their spell at Borussia Dortmund, when Wagner was in charge of the German club's U23 side under the close tutelage of first-team manager Klopp.

They share the same footballing philosophy and Wagner also spoke about how much he learned while working with his great friend.

“I benefited a lot when I worked with him at Dortmund,” he added.

“I was very close with the first team and [at] the training facility my pitch was just five yards away from his pitch - so it meant I was always able to join him in training.

“Often I would organise my training schedule similar to the one he did with the first team. A lot of my players helped the first team if he needed help.

“I got a lot of information, input and ideas from him. It was the fine tuning of what was in my head because we like the same style of football, but there are some details - and I think the details are important - you have to know to maybe make the bigger step you are able to make. I think I got some details from him when I was with him at Dortmund.”

After helping the Terriers preserve their Championship status last term, the challenge ahead for Wagner is further progression as he implements his own style of play on the team.

The opportunity to take Huddersfield to a new level is clearly something that excites the German.

He added: “We had two targets when we first arrived here. We spoke very honestly with our chairman who said listen, the first target is we have to stay in the Championship and the second is please give my club and my team an identity.

“We kept the club in the Championship, which was good, nothing special but good. Now we are on the way to develop and create our identity. I think this is a long-term project and we have made our first steps.

“If our opponents feel uncomfortable playing against us then we are on the right way. Everybody could see in the Euros that with the best togetherness, maybe not the best individual players, the best group could beat the big names.

“This is something we have tried to create and we play our game with passion, full throttle from the first minute until the last. This is part of our identity.”

With both Klopp and Wagner demanding full-throttle football from their teams, should we expect a dose of that at the John Smith’s Stadium tonight?

Wagner added: “Yes, if the legs are not too tired! I know his training schedule in pre-season and he knows mine, so when the first whistle blows everybody will be pulling fire and trying to win this game.

“It’s a test, yes, but a test is a test and everybody wants to show his best, what is possible on the night. Hopefully we are able to perform well that he will ask me for a rematch!”

One reason why Klopp and his staff will be keeping a close eye on Huddersfield's fortunes this season is Danny Ward, who recently joined on a season-long loan.

Wagner is a big admirer of Ward, who made his first start for Wales against Slovakia at Euro 2016, and the manager firmly believes the loan spell will be of mutual benefit.

He said: “Danny was one of our main targets very early. We knew we had to sign a new goalkeeper because last season we only had Jed Steer on loan so this season it was clear this was a position that would be open for us.

“I was talking with Jürgen and asked him that if Danny would be available [on loan] then I would like to be the man to bring him to Huddersfield.

“We know we had a lot of competition for Danny and I’m very happy with him and grateful to Liverpool for making the decision to come to us.

“It will be a benefit for all of us. We get a good goalkeeper, a big talent, who needs experience in a good league, which the Championship is.

“Danny knows that we have more or less the same idea of how football should be played - like Liverpool. In this case he is totally prepared for everything and hopefully he can help us collect enough points in the season ahead.

“He is a good talent and a good guy as well. Now it’s important for him to play games on the highest possible level and to show consistency in his performance to make the step from a talent to a real consistent senior player.

“I would like to help Danny make this next step so hopefully at the end of the season he is a better goalkeeper than he is at the moment."