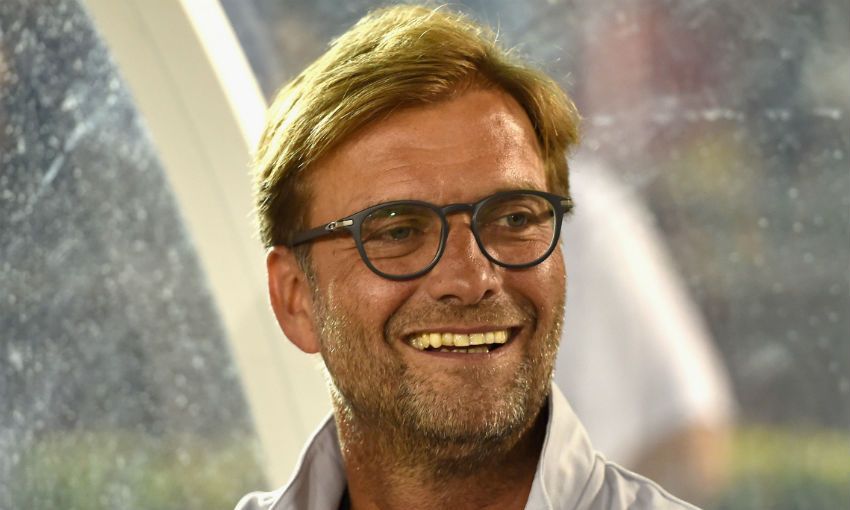 Andreas Kornmayer is “an absolute mastermind” who represents a perfect fit for Liverpool’s backroom team, according to Jürgen Klopp.

Kornmayer joined the Reds as the club’s new head of fitness and conditioning earlier this month after more than 15 years with Bayern Munich.

The German served as Bayern’s fitness coach under the likes of Louis van Gaal, Jupp Heynckes and Pep Guardiola, and Klopp is a long-standing admirer of his work.

The Liverpool boss has previously credited Kornmayer with a role in Bayern’s 2012-13 treble-winning campaign, when the Munich club wrested the Bundesliga title away from Klopp’s Borussia Dortmund before also beating them in the Champions League final.

But Kornmayer is now working with, rather than against, Klopp - a fact that delights the manager, both on a professional and personal level.

When asked about Kornmayer’s impact on the Reds’ pre-season preparations, Klopp told Liverpoolfc.com: “First of all he’s an absolute mastermind in all the things he has to do for us. He’s an experienced guy who has worked together with the best teachers and the best players.

“Education and experience are the most important things in this job and he combines these two things in the perfect way. He fits together perfectly in our coaching team.

“We didn’t know each other before he came here, but he fits really well. He’s smart, nice and funny - I think that’s quite important because we’re together so much every day so if there’s a boring guy around it makes not too much sense and he’s the opposite!

“I think the players will feel the benefit. Athletic fitness, it’s not a case of ‘do it today, feel it tomorrow’, it’s all about doing the right things and then repeating them to reach the next level.

“So it’s very good, and he feels really good in this team.”

Klopp, Kornmayer and the rest of Liverpool's coaching staff have been putting the players through their paces in the United States over the last week.

And the boss revealed he has introduced some new drills into their training regime as the Reds build up to their Premier League opener at Arsenal on Sunday August 14.

“[There are some new drills] because we didn’t have time to work with the boys last season. For the boys, I think most of things we do now are new but it will help 100 per cent so it’s good,” Klopp added.

“I love these sessions. The most important thing is that you can react earlier and find your organisation earlier than other teams.

“The longer we have the ball, the less we have to think about how we will defend, but we will have to defend so in this moment we need to be perfectly organised.

“The higher we want to defend, the more organised we need to be, so that’s what we work on. That’s what I really love in pre-season, that you can work on these things twice a day - perfect.”