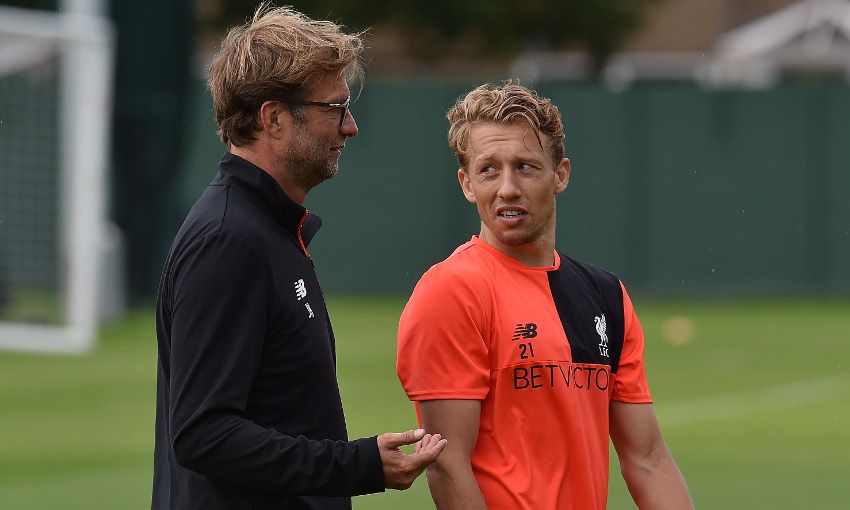 Matip: My first YNWA at Anfield will be something special

Lucas Leiva feels he is back to '100 per cent' fitness after recovering from the hamstring problem that forced him to miss the start of the season.

Liverpool’s No.21 sustained the injury during the pre-season friendly at Huddersfield Town in late July, and only returned to action last Friday with a 45-minute run-out for Michael Beale’s U23 side at Arsenal.

Jürgen Klopp then named Lucas as a substitute for the first team’s Premier League trip to Tottenham Hotspur the day after, and the Brazilian - who did not get on at White Hart Lane - is now working hard at Melwood during the international break.

The Reds welcome Leicester City to Anfield for their first home game of 2016-17 on September 10 - and Lucas insists he is ‘ready to go’ should the manager call on him next weekend.

“I’m 100 per cent I would say,” the 29-year-old told Liverpoolfc.com when asked about his level of fitness.

“I didn’t miss much, to be honest - I was only out for three-and-a-half weeks. I did a lot of training after that, played 45 minutes for the U23s and was on the bench the last game [at Tottenham]. I’m ready to go.

“I think I had a very good pre-season. I missed part of it but I think I’ve recovered. Now with the international break I have another two weeks to train hard and I feel very fit.”

On his inclusion in Klopp’s squad at Spurs, Lucas added: “If I had had to start the game, Spurs would probably be too early because I played 45 minutes for the U23s the day before, but if I’d have had to come on I would have been fine.

“As I said, I have two weeks to work more and be ready. I would say I’m now ready to play 90 minutes.”

Many of the Reds’ players are currently away with their national teams, but Lucas says it is vital for those left at Melwood to use the break from club action wisely.

“It [the international break] gives you a lot of sessions - especially now we’re doing a few doubles as well, so it puts you in a good place in terms of fitness,” he said.

“If players are injured they have more time and don’t miss many games. So we have to make the most of it, try to work hard and be ready for the next games.”