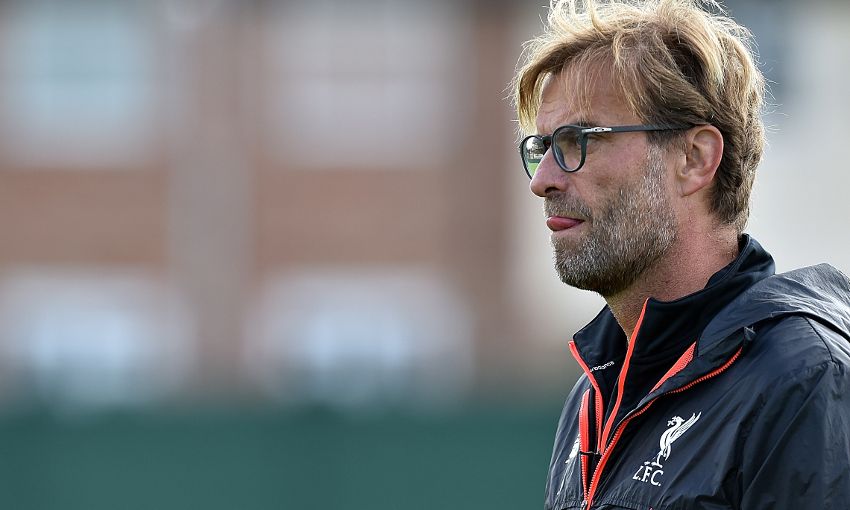 As Liverpool prepare to face a Championship side in the EFL Cup, Jürgen Klopp has revealed a number of reasons why he is an avid watcher of football in England's second flight.

The Reds travel to Derby County on Tuesday night for a third-round tie, having previously beaten another team from the division – Burton Albion – in the competition.

Klopp’s appreciation for the Championship means the manager is fully aware of the challenge awaiting his side at the iPro Stadium.

And the opportunity for the Rams to improve their recent league form via the distraction of the League Cup makes them an especially dangerous opponent, he believes.

The boss said: “I watch a lot of the Championship because I’m interested in how Huddersfield are doing. So I need to know the other teams.

“I know about the games and targets of Derby and I know they are not close to it in this moment. It’s a big club and a very ambitious club.

Watch the manager's press conference in full on LFCTV GO

“They didn’t have the results until now, but that says nothing for this competition. If I was the manager of Derby I would try to use this competition for the turnaround, for sure.

“That’s what you have to do. There’s no pressure on them in this tournament. Pressure comes soon enough again the next weekend. They are kind of a favourite in the league.

“So this game is a big opportunity for them. [Our] analysis was like always – we watched as many games of them as possible.

“They created many more chances than they actually used. They have not scored that many goals in the Championship until now but they created a lot of chances and some of them were really unlucky.

“That’s the situation. [They have] good quality and a very experienced manager that we are aware of.”

Klopp’s interest in the exploits of Huddersfield is due to his close friendship with their manager, David Wagner, and the fact that Reds goalkeeper Danny Ward is on loan with the club.

But the competitiveness of the Championship as a whole also intrigues the German.

“To be honest, we [Klopp and Wagner] don’t speak too much about the Championship in general,” he continued.

“I celebrate him when I call him because it’s a wonderful story, I love it. We saw already that they are pretty good when we played them in pre-season.

“They didn’t play with their real line-up because of injuries and a few other problems. We won 2-0, but I already saw that they are really in a good way.

“We should have won this game but they were good again, so that was good to see. We have a few players on loan in the Championship.

“It’s not only because of the number of fixtures – 24 teams in one league is a long way to go. It’s [also] really competitive, that’s what I see.

“I read a few days ago that it’s maybe easier to stay in the Premier League than be promoted from the Championship. That’s pretty similar to Germany.

“It’s a hard way to go. It’s a specific kind of football; it’s very physical, not less technical but very physical. Being prepared every day is for them very important too.

“I like watching the Championship because there is always teams you can see that are really fighting for their aims, and that’s what I love in football.”