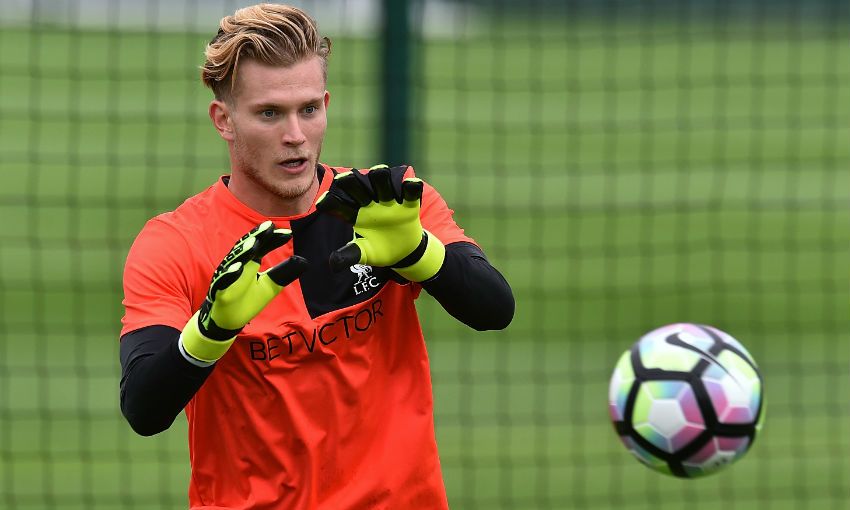 The goalkeeper, a summer signing from Mainz, has been out of action since sustaining a broken bone in his hand during the Reds’ International Champions Cup match against Chelsea in Pasadena at the end of July.

Karius was an unused substitute in Liverpool’s Premier League victories over Leicester City and Chelsea, but Jürgen Klopp has revealed that he is ready to start the game at the iPro Stadium.

“Yes, if nothing happens,” the boss said at his pre-match press conference when asked whether the 23-year-old will play against the Rams.

On his expectations of Karius, Klopp continued: “In the moment when we signed him, you can imagine we thought ‘he’s not too bad’ and that’s how it is. He was a really, really, really strong Bundesliga goalkeeper.

“That means a lot. Germany is a goalkeeper country - we have no issue with goalkeepers. I would say at the moment that the best goalkeeper in the world plays at Bayern Munich, and he’s German. We always have good ones, maybe not the best in the world, but always good ones. That’s the kind of mentality we have, we like this job. Kids like to wear the gloves.

“It’s a sign if at this age you are already a goalkeeper in the Bundesliga. I saw his way, from a very, very bad start at Mainz when nobody really wanted him, to an outstanding goalkeeper. That’s what I was interested in. I spoke to him, then took him, that’s what we got - he’s a really good goalkeeper.

“The thing we want to have is two really, really strong goalkeepers and I think that’s what we’ve got. OK, he [Karius] had an advantage in the pre-season, but he couldn’t use it because of the injury.

“Simon [Mignolet] came exactly in this moment back from the national team and did a brilliant job. I don’t want to make a big battle of these two goalkeepers, why should I?

“Goalkeepers need to feel secure. You cannot play your whole life as a goalkeeper without conceding goals… but you need a manager who will say ‘you can stay’ and increase their confidence. That’s the same with all players. It’s not about saying ‘today him, and today him’, it’s about watching the players.

“The pressure on them is big enough - I don’t have to make any more. They have to do their best and if, at the end, I have a feeling for something then I will change or not.

“But it’s not because we paid money for Loris and didn’t pay money last year for Simon and that makes the decision.

Klopp was also quizzed on whether Mignolet will return to his starting line-up for Saturday’s Premier League game against Hull City at Anfield.

“Maybe the question makes sense, but the answer wouldn’t make sense. No number one. In this moment there is no decision to make, it’s only about performing and how good you are.

“For the other players it’s the same. I don’t say ‘OK, for the next 15 months, he’s our centre-half’ or whatever. It’s about improvement, how much can you, the player, help the team?”