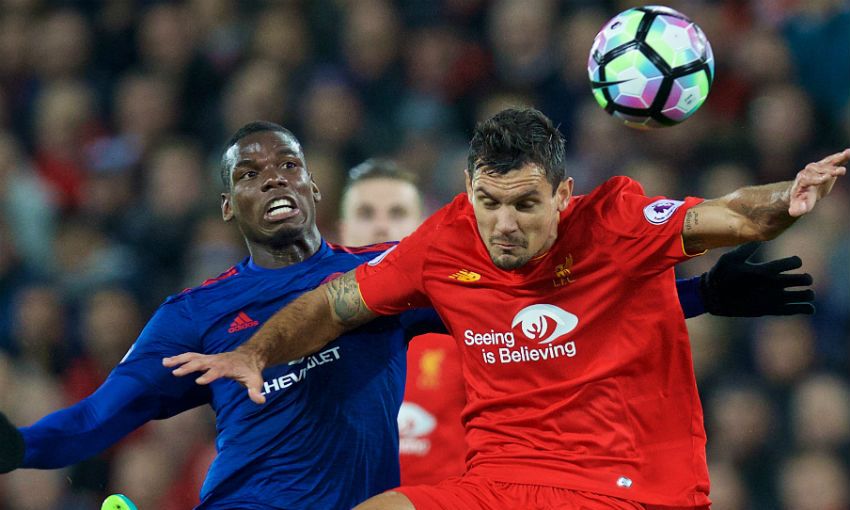 What the papers are saying about LFC today...

Dejan Lovren thought Philippe Coutinho had claimed all three points for Liverpool with his superb long-range effort against Manchester United, with the Reds defender left to rue an ‘unbelievable’ save from David de Gea.

Jürgen Klopp’s side were held to a 0-0 draw by United at Anfield last night, but Coutinho went mightily close to snatching victory with a little under 20 minutes remaining.

The Brazilian took aim with a trademark curling effort from all of 30 yards at the Kop end - only for visiting goalkeeper De Gea to deny him with a brilliant, sprawling one-handed stop.

That intervention from the Spaniard came shortly after he had got down sharply to prevent Emre Can from putting Liverpool ahead, and Lovren admitted he was ready to celebrate when he saw Coutinho let fly.

When asked if he thought a draw was a fair result, the Reds’ No.6 told Liverpoolfc.com: “In the first half definitely, but not second half.

“We had so many chances in the second half, we were a little bit more brave I would say in the second than the first, but two unbelievable saves from De Gea… I saw already the goal from Coutinho!

“But in the end it’s better to draw 0-0 than to lose, but we’ve definitely got more regrets than them.”

The draw stopped Liverpool from extending their winning run in the Premier League to five matches, but Lovren added: “It’s always frustrating when you don’t win, but like I said it’s better not to lose and to be in the race always.

“They defended really well, they were really deep. It was also a little bit tough for us, we had a lot of changes because of injuries, but hopefully by the next game everyone will be fit.”