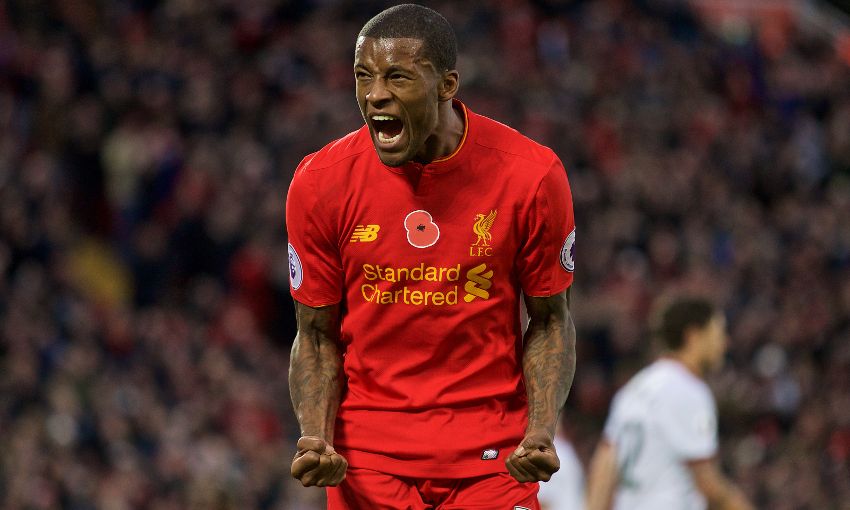 Jan Molby expects summer signing Georginio Wijnaldum to build on his impressive early-season form and firmly establish himself as a key component at the heart of the Liverpool team.

The Netherlands international netted his first goal for the club during the 6-1 win over Watford last Sunday - a result that saw the Reds climb to the summit of the Premier League.

Molby has been encouraged by Wijnaldum's efforts so far and believes the No.5 will add further flourishes to his industrious midfield play.

“Wijnaldum is a clever player,” the Anfield legend told Liverpoolfc.com. “I have always thought he was a really good player and he fits the way we want to play.

“He breaks the lines and he makes great runs forward. He has had more of a deeper role so far at Liverpool, but it doesn't surprise me that he can play there.

“He is technically very good and the more you see of him, the more you like. He has an excellent goalscoring record from midfield.”

Wijnaldum features in a new edition of 'Kop Kids'

Prior to an injury picked up on international duty last month, Wijnaldum quickly settled into a central partnership alongside the Liverpool captain, Jordan Henderson.

And Molby also singled the skipper out for praise, highlighting the midfielder's crucial role in Liverpool's attempts to retain possession.

He explained: “The season we nearly won the league [in 2013-14], I thought Jordan had a fantastic campaign playing in a different role, where we saw him making driving runs from deep and getting into the box.

“Now he has more of a responsible role as he is the man people look for when they are in trouble. He is your out ball and I think he has done very well for us and is an important player in the side.”

The rout of Watford extended Liverpool's unbeaten run in the Premier League to nine games, and Molby says Jürgen Klopp deserves immense credit for transforming the Reds into a team capable of producing such a confident start to the campaign.

“It's a long way to go and we know it will be extremely competitive right until the end of the season,” he said. “Good managers get the best from their players and that's what Klopp has managed to do.

“I don't think it's something that is about to change and I think we have set standards now and we will continue to get close to that level right until the end of the season.”