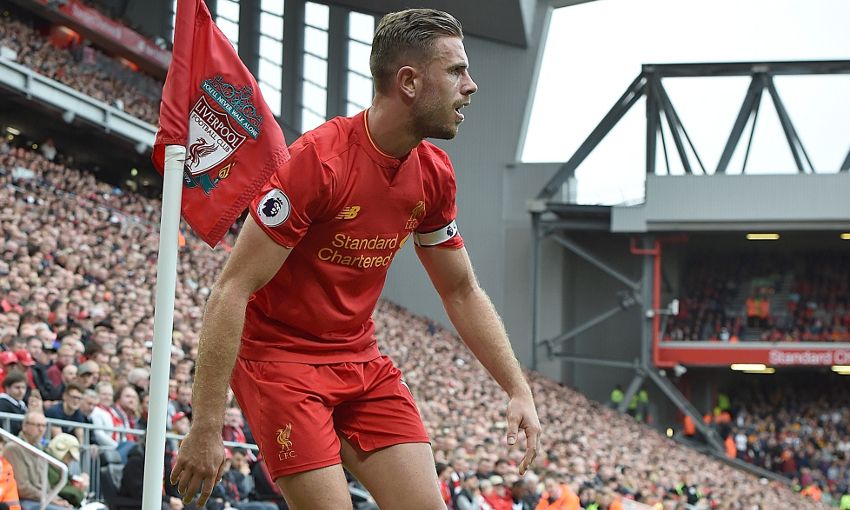 The knowledge and experience of Liverpool's backroom team provide the playing squad with the best possible tuition in order to improve – that's the verdict of Jordan Henderson.

The captain feels Jürgen Klopp and his coaching staff have enabled players to think about their approach to games in a different manner, thus enabling them to improve as footballers.

Speaking before last weekend’s victory over Watford, Henderson told Premier League Productions: “We’ve got the best manager and the best staff in the world for players that want to improve and think of football in a different way, if you like.

“I definitely think since the manager has come in, everyone has bought into the way he wants to play. For all of us, that’s the best way to play football now and we all know exactly what the manager expects and wants us to do.

“We’ve got to keep learning from that, keep improving, but there is no better teacher than him and the staff as well.”

That thirst for knowledge and desire to improve hasn’t subsided in Henderson, despite firmly being established as a key player for club and country.

“That’s the whole idea, not only in football but in life – you’ve got to learn all the time, you’ve got to want to improve, and every day I come in and just try to do that,” the skipper continued.

“I am just taking everything in, enjoying playing for one of the best clubs in the world and enjoying my football. I am just going to keep that going and keep learning from the best people I can.”