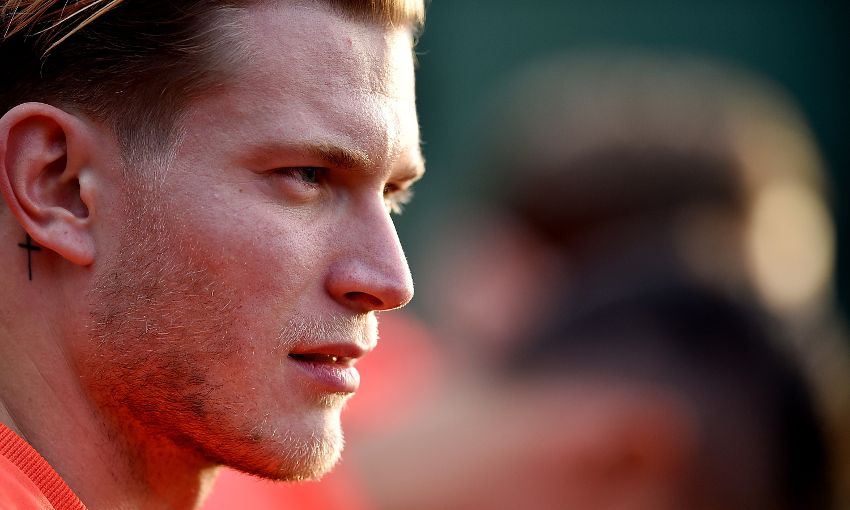 Bruce Grobbelaar is confident Loris Karius can 'step up to the next level' with Liverpool, having studied the goalkeeper closely since last season.

The former Reds stopper was aware of the current No.1’s potential before he sealed a switch to the club from Bundesliga side Mainz in the summer.

Grobbelaar had watched Karius in the German top flight and noted the awareness, anticipation and distribution which saw the 23-year-old voted the second best player in his position in the league, behind only World Cup winner Manuel Neuer.

The ‘keeper has started the past six Premier League matches as Jürgen Klopp’s team have swept to the summit, most recently beating Watford 6-1 before the international break.

Karius discussed his opening months on Merseyside shortly after that encounter, admitting that the expectations on Liverpool are a new experience for him to deal with.

But Grobbelaar believes the raw abilities are already in place.

“I’ve been watching Karius since last season, when he was with Mainz,” he told Liverpoolfc.com. “For him to come second to Neuer in the Bundesliga was a great achievement. He is one for the future.

“When you watched his highlights, you could see that he did things that reminded me of me when I was that age.

“It was the use of the ball with his feet, but also how he read the game. I saw some games where they were in the opposition box with a corner, and left only one defender back, not two. The second defender was Karius. While the defender was marking, Karius came over the top and headed the ball near the halfway line. That’s extreme but something that I thought was very good.

“I hope he can go on to do what I did – and I’m sure he definitely can step up to the next level, which is keeping clean sheets and coming for more crosses.”

LFCTV GO: Watch Karius and co in training this week

In his aforementioned interview, Karius also spoke of the different mindset he must develop with regard to playing out from the back at Liverpool and doing so confidently.

Grobbelaar concurred on that subject too, pointing to the assurance in possession shown by the defence as reason for the ‘keeper to be bold on the ball.

Especially because it can help tip the balance of a match in the team’s favour, he claims.

“At Mainz he might not have had the short pass to get the ball out. But at Liverpool, they have got the quality,” said Grobbelaar.

“Have a look at the back four. Matip is brilliant with his feet. Lucas, when he comes in, is good with his feet. Everybody can pass the ball at the back – Milner on the left, Clyne on the right and when Henderson or whoever drops into the midfield gap, he can play the short passes.

“You’re always going to have a numerical advantage with a goalkeeper that can play with his feet. That’s what Jürgen Klopp is looking at.”