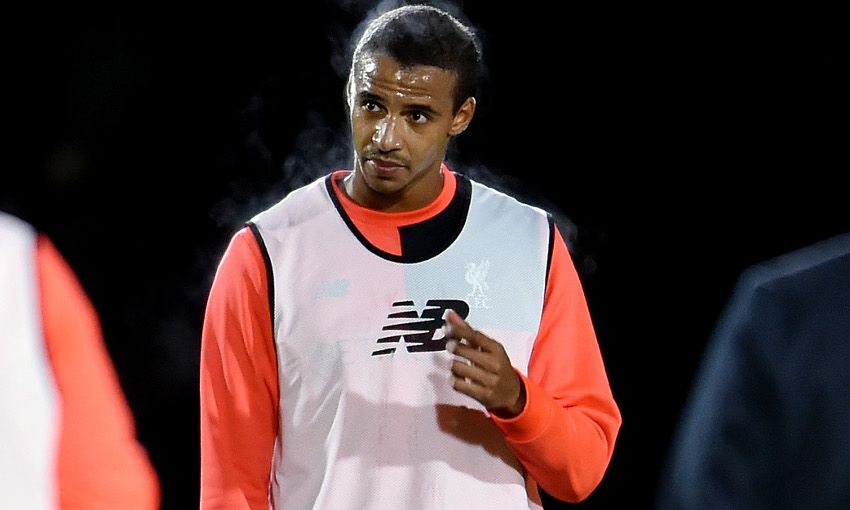 Joel Matip refused to get too downhearted after Liverpool were held to a 0-0 draw by Southampton at St Mary's on Saturday and insisted: 'We can live with this!'

The Reds had 65 per cent of the possession and rained in 15 shots to their opponents' three but could only earn a share of the spoils on the south coast.

Matip believes Jürgen Klopp's team should be pleased with their efforts, though, even if they weren't rewarded for their dominance of a potentially tricky fixture.

"[It's] a point away at a good team. We had a few chances but we can't always score three or four goals," he told Liverpoolfc.com.

"It's okay; one point at Southampton, we can live with this!

"For a defender it's always good to have a clean sheet and not to concede a goal but we always want to win."

Despite the obstinate approach favoured by Claude Puel's men, the visitors continued to create chances well into the final stages of the game.

And Matip was happy that the Reds did not allow any frustration to build as they kept on probing the Saints defence.

"They defend very well and it was a hard game to create chances," he added.

"It's not easy if you always go [forward] and you create chances but can't score [but] we keep on going and try again and don't lose patience."

The Cameroon international also had kind words for fellow centre-half Dejan Lovren, who performed admirably amid a hostile reception from fans of his former club.

"He did very well for the whole 95 minutes and played a wonderful game," Matip said.

"He always helps me and he did well."