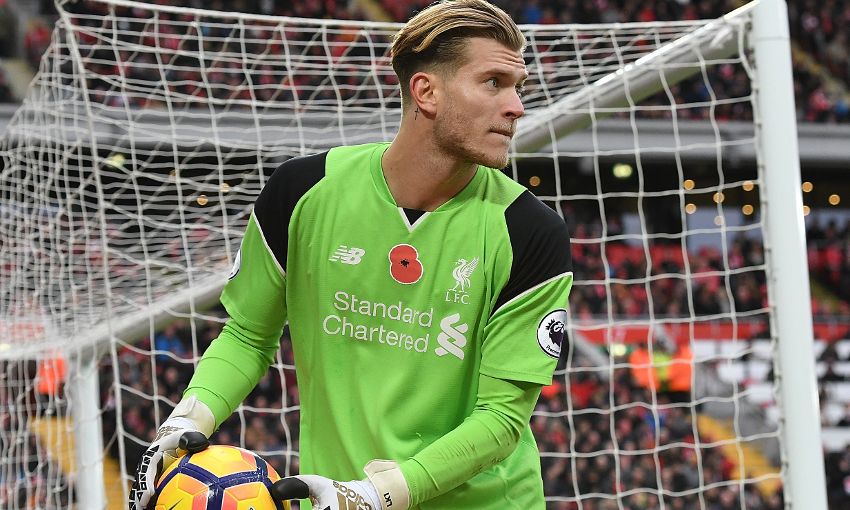 Loris Karius has paid tribute to the 'team effort' that has helped to keep his goal safe for much of Liverpool's impressive start to the season.

At Southampton last weekend, the Reds prevented the opposition from registering a single shot on target across 90 minutes for the fourth time in their 15 games thus far.

For Karius, who has featured in eight of those fixtures and has yet to taste defeat, such protection is more than welcome.

But he is keen to ensure that his teammates further up the field get just as much praise for that record as the four players who line up in front of him.

"That's the whole team effort that everybody puts in, working hard, and that makes the difference."

Of course, staying concentrated when rarely involved can be difficult for goalkeepers, but Karius has methods for coping with long periods of inactivity.

"[You have to stay] in the game mentally because there could be one shot in the whole game and you just have to make sure you're ready for it," he added.

"You stay in the game by talking to the defence and following the game - you can't switch off.

"As a goalkeeper, that's always the case, whether you [face] zero or 10 shots, you have to be ready.

"Sometimes there are games like this so it's nothing brand new. Of course, here it happens more often than [at Mainz] but it's nothing you can really train."

Next up for the Reds is Saturday's meeting with a Sunderland side who have overcome a poor start to the campaign to win their last two Premier League outings.

But it is the Mackems' tactics, rather than their recent form, that will be the focus for Jürgen Klopp and his backroom staff, according to Karius.

And the German shot-stopper is convinced that he and his teammates will collect three points if they make good use of the information provided by the coaches.

"They probably have a good feeling after their win but we don't really think about what result they got in the last game and how they come here," he explained.

"We analyse what they do well and what they don't and then we look at us and prepare for it, making sure we play our best game.

"And I think if we play at 100 per cent, we will get all three points at home. So we just have to make sure we're at our best so Sunderland will have a really, really tough opponent."