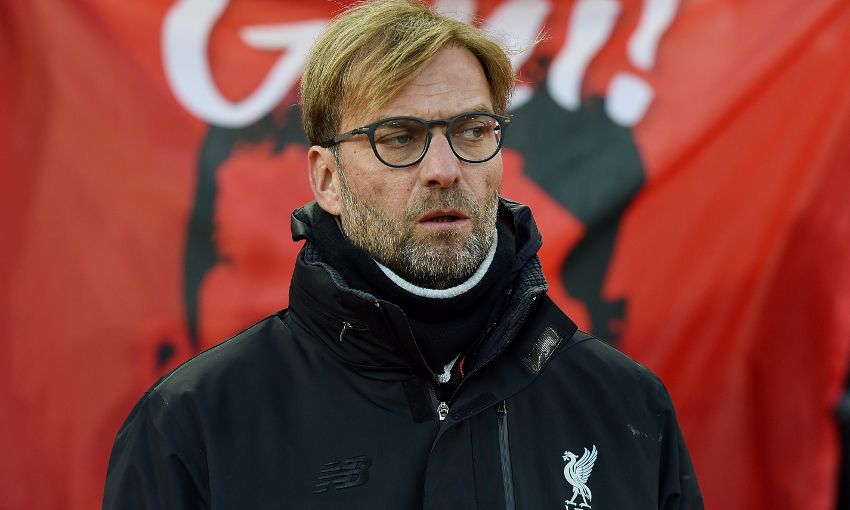 Jürgen Klopp believes Liverpool demonstrated once again they are capable of breaking down stubborn opposition defences in beating Sunderland 2-0 at Anfield on Saturday – but stressed why patience is the key factor in doing so.

Despite dominating the game throughout, the Reds needed to persevere against the Black Cats as the visitors put up stern resistance.

However, Divock Origi’s 75th-minute strike finally broke the deadlock when he swept across goal and into the bottom corner from the left, before James Milner converted a late penalty and clinched the three points for the home side.

"I think there is no doubt this team is ready to play against parked buses," Klopp said. "We have all the skills, but you need to be patient.

"If you score early then it changes. And you saw it, when we scored the first goal, then we get the second, and we could have got the third, the fourth or whatever – so that’s how it is. That opens the game.

"It’s about the timing of when you get the first one. And the longer you don’t, the most important thing is you don’t get frustrated because we need to get used to situations like this.

"How could we be used to it? Last year the games were different. Last year of course a few teams played defensively against us, but this time, because we are better, we have forced them into situations like this.

"I’m sure, for example, that Victor Anichebe is not a left-back and shouldn’t be playing there. But obviously there is no-one else there to do the job, so he’s trying to stop Clyney.

"If you want to say it, it’s our fault that teams are playing that deep, but we can improve a lot, and we are ready for teams doing that."

Klopp concedes the manner of Liverpool’s victory was perhaps not as pleasing on the eye as other recent successes on home soil.

He added: "I didn’t enjoy it a lot because it was hard work but they are all important.

"With the 6-1 or whatever [against Watford], after that the little negative was that we did not keep a clean sheet. This time we had a clean sheet but scored only two so I’m sure someone still won’t be happy!

"Maybe it’s a surprise but we don’t celebrate each game like we will never win again! We expect beforehand that we would win against Sunderland but also we knew it wouldn’t be easy.

"Now we have done it but on the other side, after each game we have players with a kick here, a kick there. In some cases obviously it’s more serious, but I am still hoping."