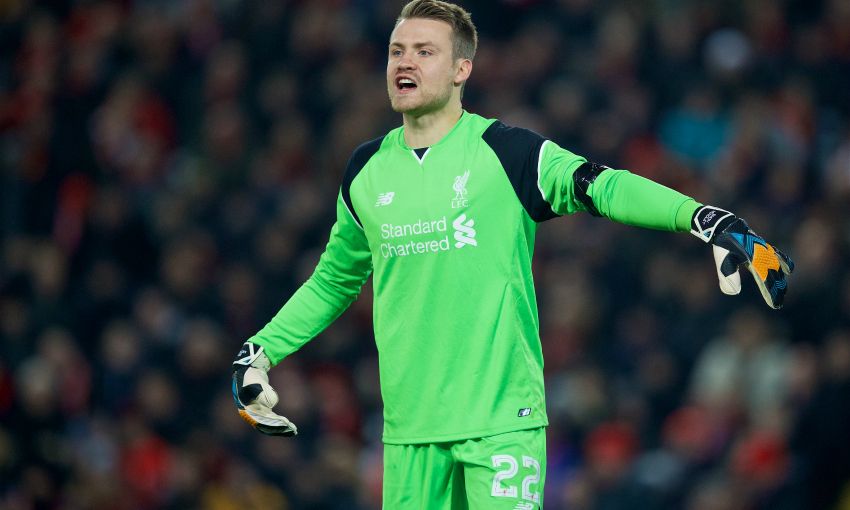 Simon Mignolet hailed Liverpool's strength in depth after a much-changed Reds side came through their EFL Cup quarter-final against Leeds United.

Jürgen Klopp made eight alterations to his starting line-up at Anfield on Tuesday night, and the boss saw his new-look team win 2-0 to reach the last four of the competition.

Just as he did against Sunderland on Saturday, Divock Origi broke the deadlock at the Kop end with around a quarter of an hour to go, before Ben Woodburn etched his name into Liverpool’s history books by becoming the club’s youngest ever goalscorer to seal their progression.

Mignolet, who came in for Loris Karius, marked his return to the starting XI with a clean sheet.

And the Belgian goalkeeper believes the hard-fought victory over Championship outfit Leeds showed the quality Klopp has at his disposal.

“I’m pleased with how we performed and I think we deserved to go to the semis. We’ve got a busy January coming up, but we love that,” Mignolet told Liverpoolfc.com.

“Everybody in training is pushing. It’s not a lie, it’s not a cliché, we’re working hard to make sure we’re ready when there is an injury or a suspension.

“Along this period in the winter we’ll need the whole squad and everybody’s shown again that they can step in when needed, and that’s very important for the whole club to know.”

The game represented Mignolet’s first appearance since the EFL Cup fourth-round win over Tottenham Hotspur last month, and the 28-year-old was pleased to record a shutout.

“It’s not always easy when you know you’re not playing, but you train for yourself to make sure you stay fit and be ready,” he added.

“In football, things can change very quickly so you have to stay focused and that’s what I try to do. I try to stay professional and when you have the chance, it’s nice to play and get the victory also.”

While Woodburn’s landmark goal will attract much of the attention, the 17-year-old’s fellow Academy prospects Ovie Ejaria and Trent Alexander-Arnold also impressed after being named in Klopp’s starting line-up.

The latter registered an assist with a superb delivery from the right for Origi’s opening goal, while Ejaria put in a composed performance in midfield - and Mignolet was quick to praise all of the youngsters who came into the team.

“Rightly so, he scored an important goal. He will remember that for the rest of his life,” Mignolet replied, when it was put to him that Woodburn will dominate the headlines.

“Congratulations not only to him but all the young boys - when they come in, they take their chance and they show that they’ve got a lot of talent.

“If they keep working the way they do, they’ve got a bright future ahead of them.” 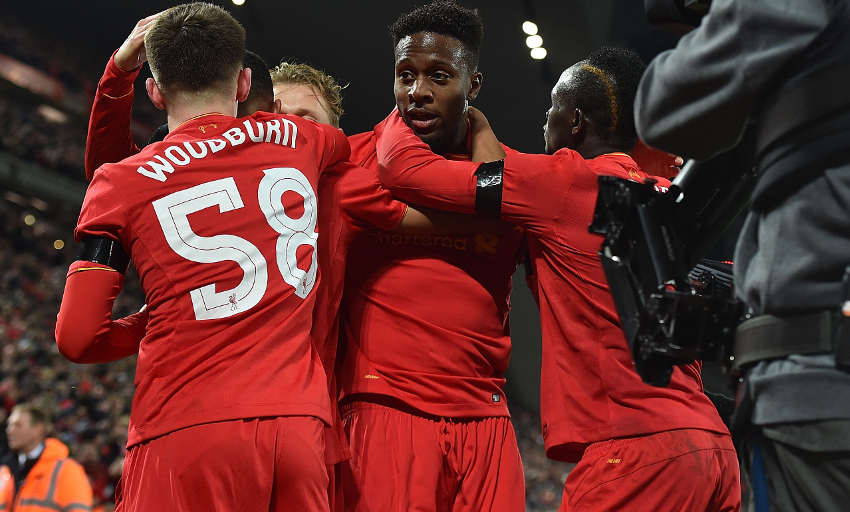 Origi has now scored in successive games, and Mignolet believes his countryman is reaping the rewards of the work he is putting in at Melwood.

“[It was a] brilliant cross from Trent but still a difficult finish from the tight angle, so he did well,” he added.

“I’m pleased for him because he’s been working hard also. As a striker, you live on goals and he’s scored two in two now so keep it coming, Divock!”

Of course, Mignolet was part of the Liverpool team who were beaten on penalties by Manchester City in last season’s League Cup final - and the stopper revealed there is a real determination among the squad to go one better this time around.

He continued: “Last year we went to the final. Unfortunately, we lost in the cruellest of ways so we’ve got something to put right.

“We still have to win the semis before we speak about Wembley or anything like that, but of course when you’re at Liverpool Football Club, with the history we’ve got, we want to win trophies and the squad is very hungry for silverware.”