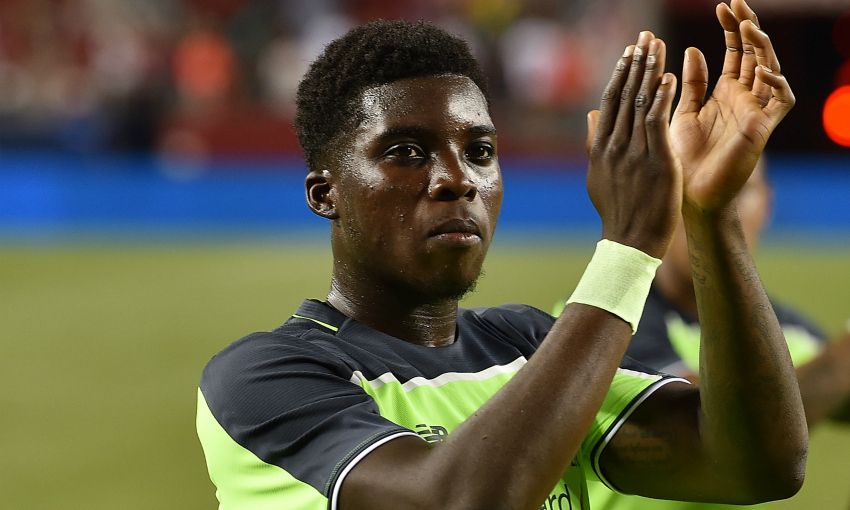 Sheyi Ojo is delighted to be back in action after a lengthy injury lay-off, but the Liverpool winger will not be resting on his laurels as he strives to play his way back into Jürgen Klopp’s plans.

The 19-year-old started five Premier League games in the closing stages of last season and impressed on the Reds’ tour of America ahead of the current campaign.

A back injury sustained soon after the squad’s return to Merseyside hampered Ojo’s progress, but the teenager returned to the pitch in Liverpool U23s’ meeting with Leicester City last weekend.

After featuring for just over an hour against the Foxes, Ojo played the full 90 minutes in the young Reds’ 1-1 draw with West Bromwich Albion on Tuesday - producing an excellent performance that included an assist for Cameron Brannagan’s equaliser.

And the England U19 international is determined to build on those outings as he works his way back to full fitness.

“I’m feeling good. You know, it’s been a tough time being injured but I’m back now and I played my first 90 minutes two days ago which went well, and I’m feeling a lot stronger,” Ojo told Liverpoolfc.com.

“Obviously it was a great feeling to be out there playing football, doing what I love. I’m just happy to be back and I’m looking to push on now.”

When asked for an update on Ojo’s condition during his press conference last Friday, Klopp indicated that the winger will be with the U23s for ‘the next few weeks’ as he builds up his sharpness.

The teenager revealed that he and his manager share the belief that his focus must be on regaining his peak physical condition after several months on the sidelines.

“As long as I’m working hard and I’m striving forward then hopefully the future can be good.

“He [Klopp] just wants me to get match fitness and as much training as possible. So whether that’s with the first team or the U23s, it doesn’t really matter. I’m just trying to train and get better and get my match fitness up.”

Ojo’s return to full fitness may coincide with the temporary departure of Sadio Mane, who will represent Senegal at next month’s Africa Cup of Nations.

While pointing out that the absence of a man who has scored seven goals in 13 Premier League appearances for the Reds will represent a blow to Klopp’s side, Ojo hopes that he will be in a position to take advantage should the boss turn to him.

“Sadio’s done really well whenever he’s played and he’s an important player in our squad so I’m gutted for the team that he’s going, but at the same time it’s an opportunity for someone like me to come in and hopefully prove to the manager that I can play for this team,” he continued.

“I’m just looking forward to every chance I can possibly get, and hopefully I can do well.”

Ojo was speaking at a ‘Show Racism the Red Card’ educational event for local schoolchildren at Anfield, which he attended along with Daniel Sturridge. For more information, click here.