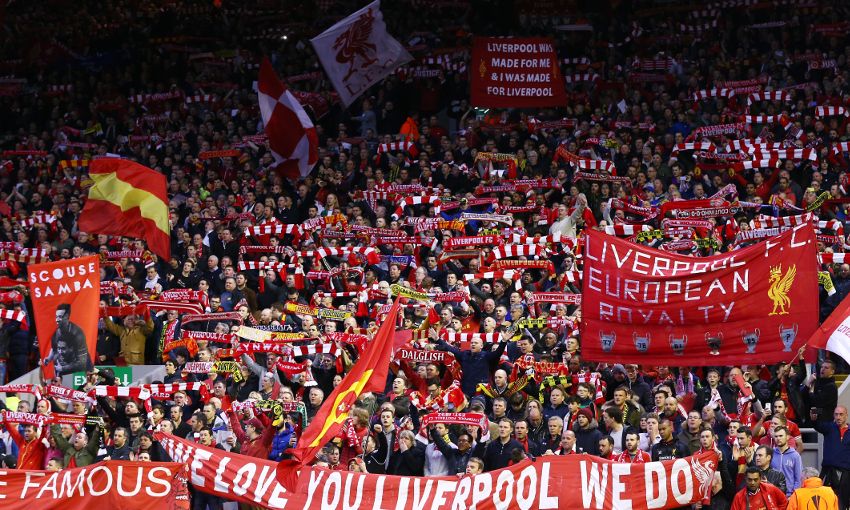 Liverpool and Borussia Dortmund supporters have been jointly-nominated for the inaugural FIFA Fan Award for the spectacle they created together at Anfield back in April.

Fans of both teams came together for a spine-tingling rendition of You’ll Never Walk Alone ahead of the epic Europa League contest, which the Reds edged 4-3 on an incredible evening.

The scenes were all the more poignant given they took place on April 14, the day before the 27th anniversary of the Hillsborough disaster, and the visitors from Dortmund also joined home fans in creating a pre-match mosaic in tribute to the 96.

Liverpool and Dortmund’s YNWA is one of three moments that have made the shortlist.

ADO Den Haag supporters dropping soft toys to children inside Feyenoord’s De Kuip stadium to support Rotterdam’s Sophia Children’s Hospital and the chant-clap of Iceland fans with their players at Euro 2016 are also in contention on a list devised by a panel that includes Gabriel Batistuta, Zvonimir Boban, Marta and Vladimir Petkovic.

Fans can vote for their moment now on FIFA.com by clicking here.

The award has been created to recognise an outstanding fan moment or gesture from 2016. The vote will remain open until the day of the ceremony in Zurich on January 9, where the winner will be revealed.