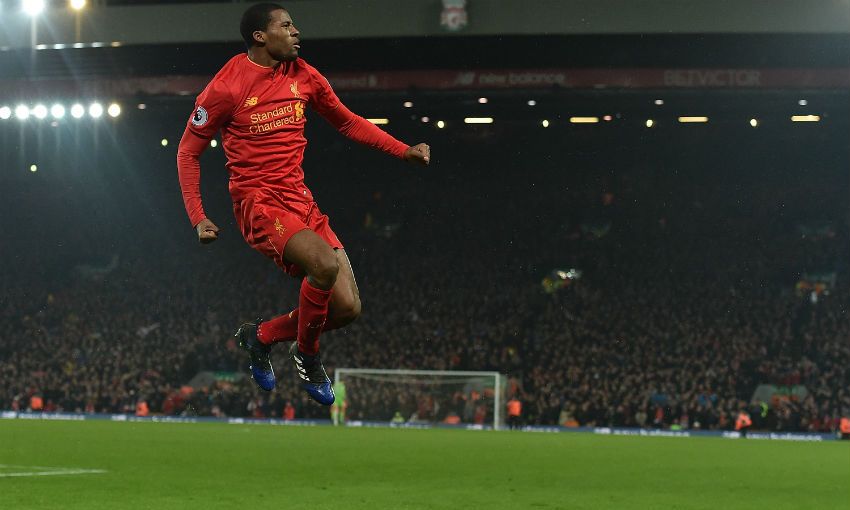 Jürgen Klopp has challenged Georginio Wijnaldum to build on his tally of three goals this season following the Dutchman’s crucial equaliser against Chelsea.

Wijnaldum nodded home shortly before the hour mark during Liverpool’s clash with the Premier League leaders at Anfield on Tuesday night, with the midfielder’s goal ultimately proving enough for the Reds to claim a 1-1 draw.

That header at the Anfield Road end had echoes of the No.5’s winner against Manchester City exactly a month earlier and, speaking after Tuesday’s game, he revealed that Klopp had instructed him to ‘get into the box more’ at half-time.

The Liverpool boss was asked about Wijnaldum’s goal output during his press conference to preview Saturday’s trip to Hull City this afternoon - and he feels the 26-year-old has the ability to feature more regularly on the scoresheet.

“In another game he had a big chance in the box and we said he should improve his finishing. He is a good player, that’s why he’s here, and he made two headers and the third one against Watford and he had one or two [other] chances.

“He is a good player. Yes, he needs to be sometimes [in the box] but especially in this game [against Chelsea] there was no time in the box so it makes no sense to be in this position.

“Yes, he needs to be in and around the ‘interesting’ situations where balls come down and where he can be involved because we have this kind of fluent style.

“We have Roberto Firmino, who is on the wing and makes the cross or whatever, but then nobody is in the box – that makes no sense, and Gini should be involved in this.

“Yes, he can improve in this, but not only this, because he’s young enough to improve a lot.”