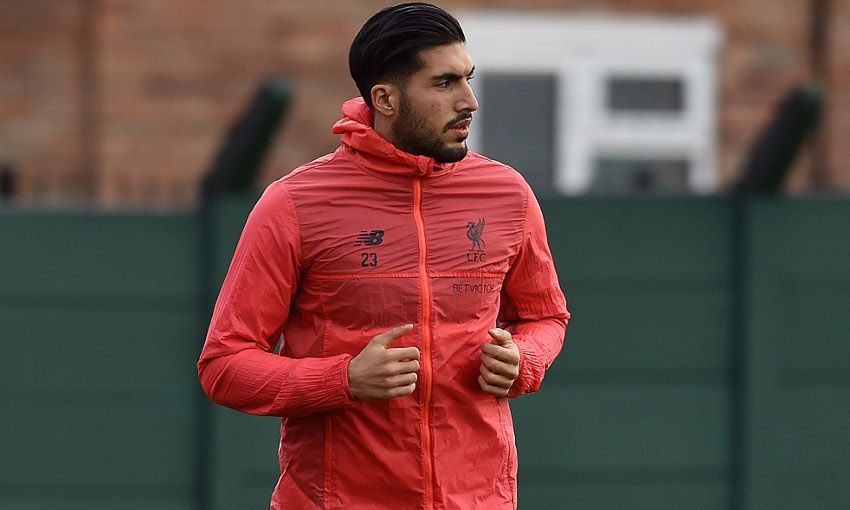 Emre Can believes Liverpool proved they are still a force to be reckoned with as they drew with Chelsea at Anfield on Tuesday.

But the German knows any momentum gained from holding the runaway Premier League leaders will be lost should that result not be followed up with a win at Hull City this weekend.

The Reds ended a three-game losing streak in front of the Kop as they came from behind to clinch a point against Antonio Conte's men in midweek.

They have had little chance to revel in that result, however, with Saturday's trip to the KCOM Stadium fast approaching.

"I think everybody saw in that game that we’re still a strong side and we have to keep it up.

"Of course, everybody knows that it was a very tough period for all of us – the fans, the team, the manager.

"But now, we are positive for the future, and I think it was a very good sign, the Chelsea game. [Now] we have to make the next step and win the next game against Hull City, hopefully."

LFCTV GO: Emre Can on a forgettable January and Hull City

Although Liverpool saw off January with a credible result against Chelsea, they ended a busy month with just one win from nine games.

Can isn't certain of the reasons behind such a barren run, but says solidarity is the key to turning things around in difficult moments.

"But we all stick together in good and bad times and we will come back, for sure.

"Our target now is to win the game on Saturday and win the other games as well.

"Fifteen games to go, it’s not too much in three or four months, and of course it would be the best to get 45 points from 15 games!"

Ahead of Saturday, new Hull boss Marco Silva has won three of his seven games in charge of the club, and oversaw an impressive draw against Manchester United at Old Trafford last time out.

Can believes the Tigers are currently experiencing the boost a change of management can often bring but says that shouldn't be the biggest concern for him and his teammates.

"When you have a new manager and everything is new, it gives every team a lift," he explained.

"But I think we have to look at ourselves and try to play our football to try and win the game."

The German also remains unperturbed by the possibility of another team sitting deep in defence when facing the Reds, with his confidence borne out of the fact that Jürgen Klopp's team had little trouble overcoming such tactics earlier in the season.

"I think we saw recently a lot of teams like that but it was the same at the beginning of the season and, then, we won every game and nobody spoke about it," he added.

"Now we lost a few games and everybody is speaking about it but I think we are still the same team.

"We know that we can score against these teams and we will have a lot of chances."