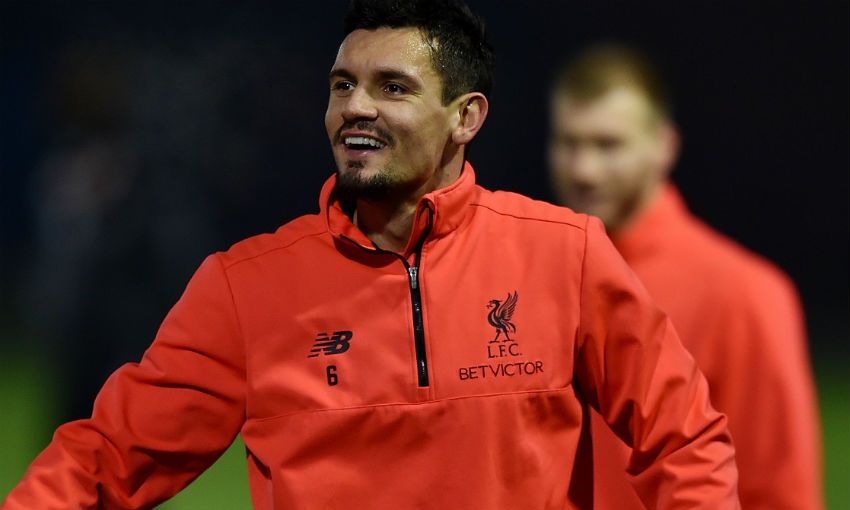 Jürgen Klopp is hopeful that Dejan Lovren will be fit enough to re-join team training when Liverpool return from La Manga.

A knee injury has caused Lovren to miss the Reds’ last two games against Hull City and Tottenham Hotspur and the centre-back was left to continue his recovery at Melwood when the squad flew out to Spain for their mid-season training camp on Wednesday evening.

However, Klopp is optimistic that both the Croatia international and Marko Grujic - who has also remained on Merseyside as he recovers from a tendon issue - will be able to take part in full training next week.

“That was the decision of the medical department,” Klopp told Liverpoolfc.com, when asked why the likes of Lovren and Grujic are back at Melwood.

“Of course we have here exactly the same possibilities in the medical department and we have fantastic people at home and they can take care of the players [at home] and take care of them, which makes more sense.

“Hopefully, especially Dejan, [they] can come back to training after when we come back on Sunday, that would be great.

“Same for Marko Grujic, who is close but not close enough to make the sessions with us, and it’s not nice for a player when you’re close but you see this, so do your stuff and train [with the group] in the moment you can do it again. So that’s all, there are no other reasons.”