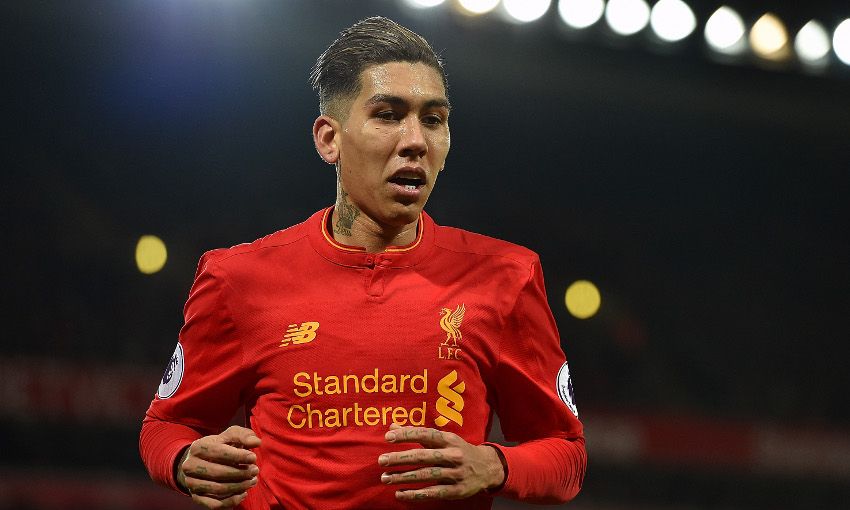 If Roberto Firmino had his way, Liverpool would be facing a much busier conclusion to their 2016-17 campaign.

Having been knocked out of both the FA Cup and League Cup, Jürgen Klopp's men have just 13 games remaining this term - all in the Premier League.

For the Reds' No.11, that reduced schedule doesn't provide quite enough opportunities to press, harry and unsettle opposition defenders.

There is one advantage to playing fewer fixtures during the run-in, however: the extra rest and preparation that is possible in such circumstances.

And, while Firmino does not necessarily welcome that additional downtime, he knows the onus is on him and his teammates to make the most of it by delivering a top-four finish.

"I would play two or three times a week if we could," he said. "It's best for the team to be playing that way.

"I'm very sad there's no European competition this season and I'm really looking forward to hopefully getting back in next season.

"We have to work a lot harder and we have an obligation to try and achieve the top four for that reason - that we do have more rest. And that's what we're going to continue to try to do.

"It's very important for the team and the players. We intend to fight to the end so that we can achieve that top-four position.

"The objective is to end in the top four. We are going to keep on fighting until the last game to achieve that goal."

The Brazilian believes the squad won't be short of encouragement as they target qualification for next season's Champions League.

As he explains, that comes courtesy of the manager every day at Melwood.

"Working with him is excellent," Firmino added.

"He motivates us in a different way each day, each training session, he does something new.

"And he helps us bring a kind of motivation from within ourselves as well."

The contributions of the attacking triumvirate that sees Firmino flanked by Philippe Coutinho and Sadio Mane are sure to be important, too.

In praise of his fellow forwards, the 25-year-old said: "They're exceptional players, they're unique.

"With excellent players like them, I know what they're going to do before they get the ball.

"We're going to carry on giving our absolute all."