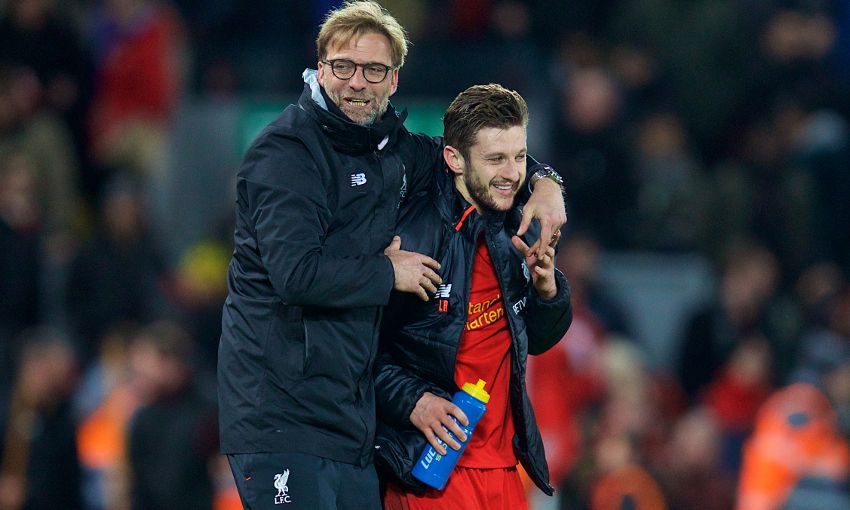 "He epitomised what was good about Liverpool."

So said former Reds midfielder Danny Murphy of Adam Lallana after the Englishman played a crucial role in securing an important 3-1 victory against Arsenal on Saturday.

Jürgen Klopp’s side once again showed their credentials in meetings with their top-six rivals in the Premier League, taking the three points courtesy of strikes by Roberto Firmino, Sadio Mane and Georginio Wijnaldum.

Lallana’s energy, awareness and decision-making in the middle of the pitch was pivotal in helping the home team pounce on any opportunity to attack space in the opposition half.

Not least in the added minutes of a draining encounter, when the No.20’s game intelligence forged an opening for Divock Origi to break free and square for Wijnaldum’s settling third.

“He epitomised what was good about Liverpool,” Murphy commented in analysing the game on BBC’s Match of the Day programme.

“It was the Liverpool of pre-Christmas, the one we expect to see when they play anybody at Anfield – on the front foot, energy, tenacity.

“He has added everything to his game this season. He has had a little lull, like all of the team have recently, but he had a point to prove.

“His pressing and his willingness to win the ball back in the opposition half and get the team on the front foot was incredible. He was sensational.

“We know he is a good footballer and he is creative, but [for] this part of his game, playing in a central position is so much better for Adam Lallana. He is so much more involved in the game in every aspect.

“In those central areas, with his energy and ability to play with both feet, and he can see the whole pitch, he’s becoming – at the moment, for me – Liverpool’s most influential player.”

LFCTV GO: The best of the 3-1 victory over Arsenal