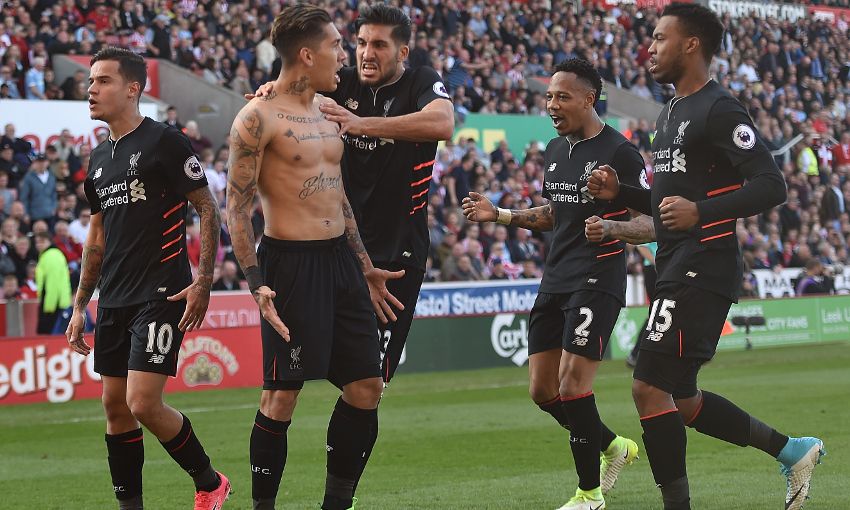 Liverpool to head to Sydney for post-season game

At the end of a first half featuring few genuine chances for either team, Jonathan Walters had given the Potters an advantage with a firm near-post header a minute before the break.

But the visitors were much improved in the second 45, with the introduction of Coutinho and Firmino after the interval helping to reverse the scoreline.

The Brazilian duo struck within two minutes of one another, while Simon Mignolet thwarted both Charlie Adam and Saido Berahino with stunning saves to secure three points.

Jürgen Klopp opted for three changes and a switch in formation, with Trent Alexander-Arnold, Joel Matip and Ben Woodburn – for his first Premier League start – brought into the line-up.

A back three was adopted by the visitors: Alexander-Arnold and Nathaniel Clyne took up roles on the flanks and James Milner returned to a more orthodox midfield position.

Several familiar faces were in the Stoke squad, meanwhile, including Joe Allen and Glen Johnson in the starting XI, and Adam and Peter Crouch on the bench.

The Potters set about the task at hand without a second’s hesitation and actually had the ball in the Liverpool net within three minutes of kick-off – only for the linesman’s flag to halt celebrations.

A sweeping pass from the left channel met the slightly mistimed run of Xherdan Shaqiri from the opposite side into the area and the offside winger made no mistake with a clinical but ultimately futile finish.

Klopp’s men needed time to grow into the game and it was 18 minutes old before Divock Origi’s nimble turn fashioned room for an attempted curler from the edge of the box that flew off target.

An open contest was not producing notable chances for either team, though Mignolet had to be alert to scoop up a low Marko Arnautovic strike after Walters helped to hold the ball up 20 yards out. 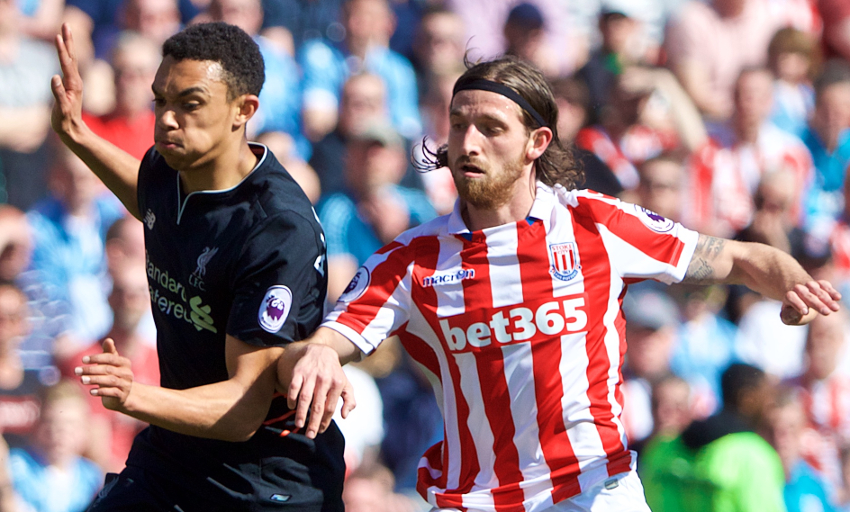 The physios were busy, however. Allen was forced off with an injury and replaced by Adam, while Woodburn – who had earlier threatened to break clear but found himself crowded out – received extensive treatment but continued.

Stoke might have broken the deadlock on 32 minutes as Dejan Lovren’s attempted clearance on the stretch from a knock towards the area looped to Arnautovic, whose volley skewed wide of the near post.

Origi nodded a header harmlessly over when picked out by Milner’s corner shortly before the interval, and Woodburn was aggrieved by the decision not to award a penalty as he appeared to be chopped down in the box.

That frustration was soon compounded by a breakaway Stoke goal. Shaqiri forged space on the right hand side and dinked in a cross for Walters to divert beyond Mignolet at the near post.

When Liverpool re-emerged from the interval, Klopp made a double substitution – Coutinho and Firmino replaced young duo Alexander-Arnold and Woodburn.

They immediately appeared brighter, too, but were hugely grateful to a remarkable Mignolet save in the early stages of the half to keep them in contention.

Georginio Wijnaldum misjudged a header as he tried to clear the danger from a corner and Adam seemed on hand to slam in a close-range effort – only for the goalkeeper to brilliantly deflect the ball wide.

Sensing the need to step up, the away side did. Firmino troubled Lee Grant with a blast into the ground and up, Coutinho drew a reaction stop with a precise drive towards the bottom corner, and Lovren headed against the crossbar.

And they were not to be denied.

When Emre Can lofted a hopeful pass into the area on 69 minutes, the ball eventually ran out to an unmarked Coutinho for the No.10 to send an unerring equaliser into the bottom left corner.

The away fans at that end of the ground erupted, and the noise levels soared further within two minutes – thanks to an exquisite piece of technique from Firmino.

Wijnaldum clipped a long-distance knock over the top toward the Brazil international, who caught Grant off guard with an instant wallop up into the air and down into the net.

Stoke refused to lie down, though, and Liverpool hearts were in mouths as Arnautovic spun a delivery to the back post for the waiting Berahino.

The forward connected well, but Mignolet sprawled along his goalline to keep the ball out and preserve what could be a vital result in the race for Champions League qualification.