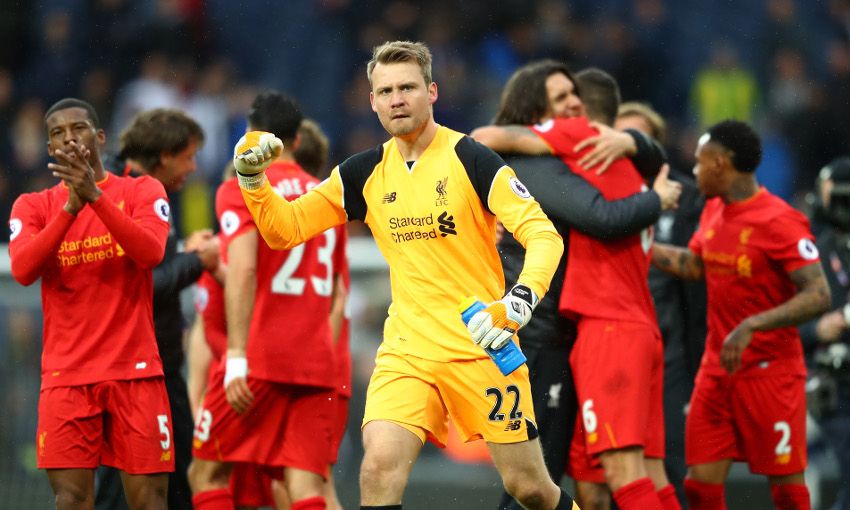 The Reds battled their way through a physical contest at The Hawthorns to ensure Roberto Firmino's first-half header brought them another crucial three points.

And Mignolet, who made a fine save from Matt Phillips in the second period, was delighted with the manner of the performance against tough opposition.

He told Liverpoolfc.com: "Not only the three points but a clean sheet also, we're very pleased with that.

"We know it's a difficult place to go to, West Brom, especially the last 10 minutes, but we dealt well with it and I think we deserved the three points. Now we have to keep going.

"The main thing is we kept a clean sheet, so one goal was enough today to get the victory.

"We're on a good way, five games to go, and we want to get as many points as we can."

Liverpool dealt well with the Baggies' direct threat en route to the win, particularly in the final moments as opposition goalkeeper Ben Foster made the journey to the visitors' box for a set-piece.

In reflecting on the Reds' defensive efforts, Mignolet was keen to highlight the role also played by the forwards and midfielders.

He added: "You know before what's going to happen and you have to deal with it - I think everybody did their jobs.

"There are a lot of defences who have crumbled under the pressure here but we did well today and we have to build on that.

"Of course, they try to target you, and sometimes you need the help of the referee in certain moments.

"But I think all the boys did well when they had to and I tried to help out when I could.

"We played football, we kept the ball, we didn't give them the chance to get the crosses in, that's important also, to stop it at source. We did that and we can be pleased today."

In beating Stoke City and West Brom, Jürgen Klopp's side have gone some way to silencing doubts about their record against teams lower down the Premier League this season.

Mignolet, though, is targeting further improvements.

The Belgian said: "The last few performances against these teams like Burnley, Stoke and today West Brom, we need to learn from that.

"We can only get better for it but I think we proved today what we can do away from home again.

"To be resilient, and to grind a result out, that's what we did, and I think everybody is pleased with that."