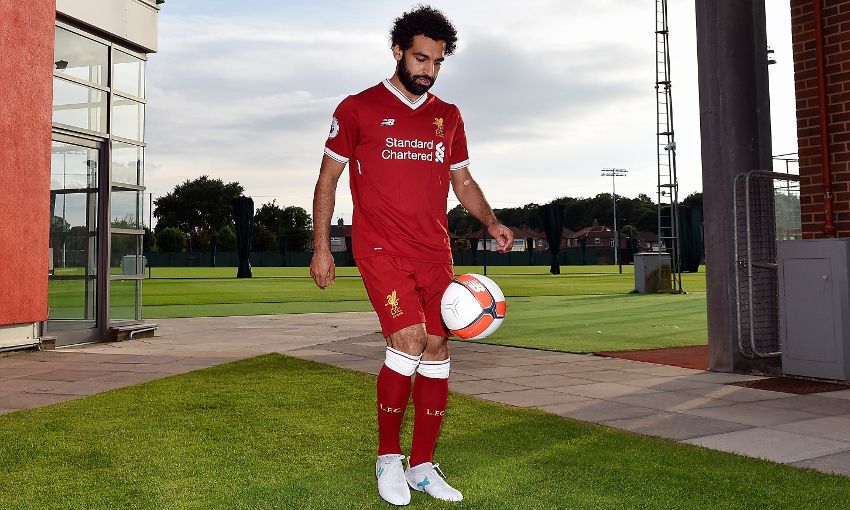 After Mohamed Salah sealed a move to Liverpool this week, writer Andrew Beasley explores the numbers behind the forward's excellent 2016-17 season.

The Reds know their new No.11 can perform at the very highest level in a top league.

The table below proves just how well Salah did last term, as it shows how often he directly contributed to a goal in all competitions compared with the rest of Jürgen Klopp's squad. 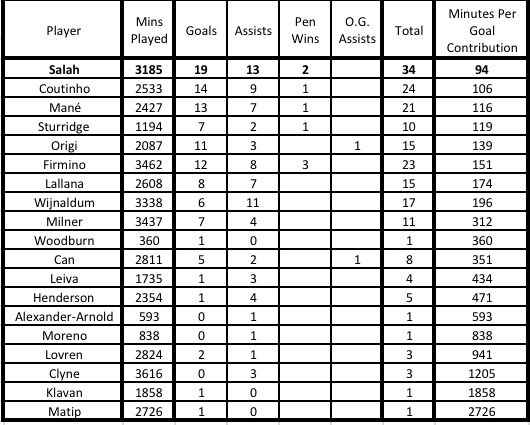 To put the Egyptian's figures into context beyond the confines of Liverpool, while Harry Kane (with a non-penalty goal or assist every 82 minutes in the Premier League) was ahead of the Roma man, the likes of Alexis Sanchez (101), Romelu Lukaku (109) and Diego Costa (114) were all behind him.

But how about more specific match stats?

Using the concept of radars to display a variety of player attributes, and with figures from Ted Knutson's attacking midfielder/forward radar templates, I have been able to create the below for Salah to give a general overview. All stats are per 90 minutes played, unless stated. 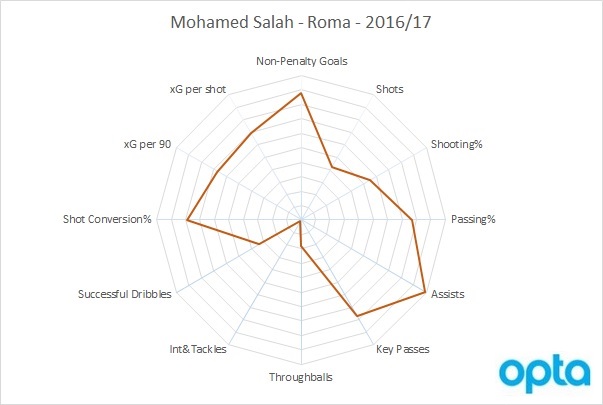 As you would guess from the earlier table, goals and assists are his main strengths here, but you can see that he doesn't shoot that often; just 2.9 times per 90 minutes, when the most frequent shooters average over 4.5.

So how did he score so many goals? By converting a very high proportion of shots.

Salah scored with 18.8 per cent of his shots in Serie A last season, which is an elite level of finishing. In the last six seasons in the Premier League, a total of 106 players have had at least 80 non-penalty shots, which is how many Salah had in the league for Roma. Of those, just four converted more than 18.8 per cent of their goal attempts.

This isn't a one-off for Salah either. He converted 19.4 per cent of his league shots the year before, and 20.7 per cent of them in his half-season on loan at Fiorentina. In total in Serie A, the Liverpool new boy scored 35 of his 181 shots, at a remarkable rate of 19.3 per cent.

He converts a lot of shots, but it's no accident either. Not all shots are equal, and that's why the football data analysis community use expected goals (or 'xG' for short) to account for that fact. I have my own simple system, and in my model each shot Salah took last season had, on average, a 15.7 per cent chance of being scored.

Referring back to the 106 Premier League players I mentioned earlier reveals that just one of them took higher quality shots on average than Salah did in 2016-17. It was Emmanuel Adebayor in 2011-12, in case you were wondering, and I bet that wouldn't have been your guess.

The Egyptian's pace means that defenders can rarely keep up with him, and this enables him to get clean through and take lots of high-quality shots. Salah had 24 Opta-defined clear-cut chances in Serie A last season; only 19 players across the last six seasons in the Premier League have had so many (excluding penalties). 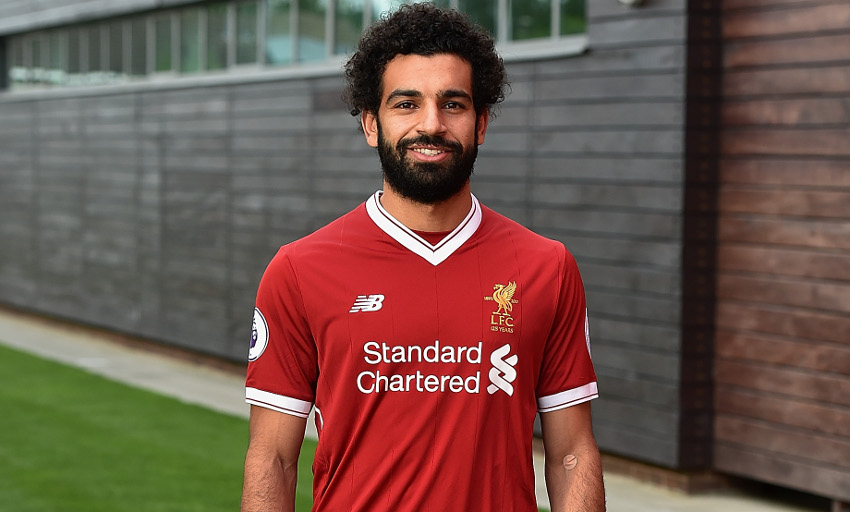 It's not all positive on the radar. His rate for successful dribbles is surprisingly low, but this could perhaps be as a result of how dribbling data is captured. For instance, he averaged 3.1 successful dribbles per 90 minutes played for Chelsea, and 3.8 for Fiorentina, yet only 1.3 in Serie A last season. I can't believe he's that much worse a dribbler now, so treat that figure with caution.

The Liverpool manager expects his team to defend from the front, and Salah's tally of 1.3 tackles and interceptions per 90 may appear underwhelming. However, Sadio Mane averaged just 1.2 in his debut campaign for the Reds, and it's clear that his fellow African will play a similar role, so this lack of defensive output (at least by this measure) needn't be a massive concern.

A look at Salah's performance data shows that he's a resilient player. In his two-and-a-half seasons in Italy, the Egyptian missed just five league games due to injury, and only seven in all competitions. Like Mane, he will miss Liverpool matches due to the Africa Cup of Nations, but that aside, his career to date suggests he can be relied upon to be available for the majority of games – a fact that should not be underestimated.

Based on his track record, the signing of Salah is a real coup for Liverpool, and his pace and skill could make a vital difference for the Reds in 2017-18.