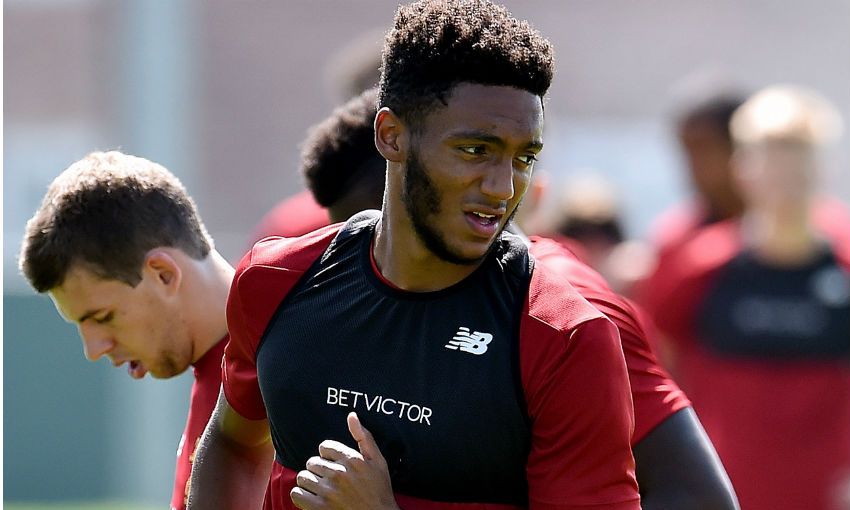 Video round-up: Day one of pre-season at Melwood

For Joe Gomez, the aim for the new season is clear.

“The main thing is getting regular football,” the defender told Liverpoolfc.com. “I just want to get back to enjoying my football and playing consistently.

“I think that’s something I’ve missed over the last couple of seasons with the injury, but now it’s all in front of me. I just have to put in the work and be prepared to do it.”

Following a 13-month spell largely spent in rehabilitation due to knee and Achilles injuries, Gomez returned to action for the Reds’ U23s side last November.

The England U21 international went on to make eight Premier League 2 appearances before the end of the campaign, and also played for the first team on three occasions.

Gomez, though, is eager for more involvement in Jürgen Klopp’s senior set-up in 2017-18 as he bids to make up for lost time.

“This team, with this manager - it has all the attributes to be a top season and obviously with European football this season that’s a great stage to play on. It’s just nice to be back amongst it,” he said.

LFCTV GO: Gomez on his aims for the new season

Along with rigorous pre-season training programmes, another feature of the summer months is, of course, the transfer window.

Mohamed Salah is one new face at Anfield - with the Egypt international having joined Liverpool from AS Roma on July 1 - and Gomez is excited about the prospect of playing alongside the Reds’ new No.11.

“Obviously he’s a top player and that’s one of the things that comes with playing for a top club like this, you’re playing with top players each and every day,” he acknowledged.

“It shows the ambition of the team and where we’re hopefully heading.”

Don't miss a moment of pre-season with LFCTV and LFCTV GO - click here for details on watching every game.