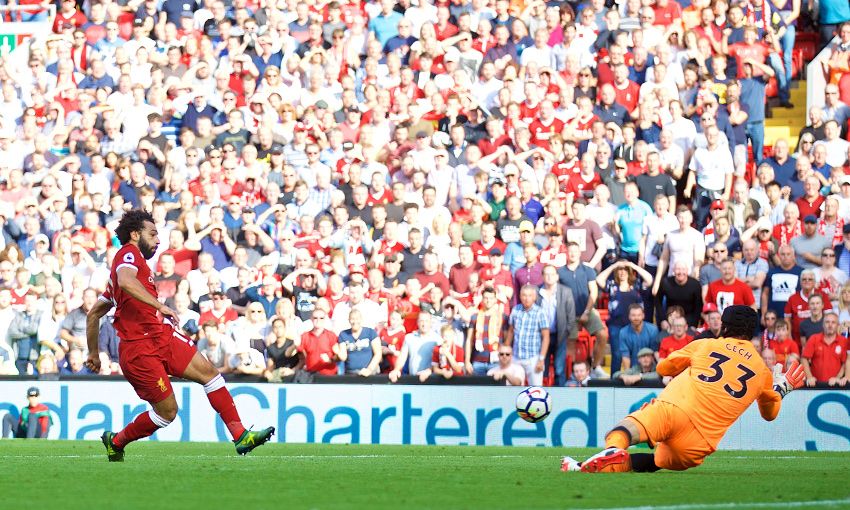 Mohamed Salah's breakaway strike against Arsenal has been voted Liverpool's Goal of the Month for August.

The Egyptian, confirmed as the Standard Chartered Player of the Month on Tuesday, completed the double courtesy of his clinical counter-attack in the 4-0 win over the Gunners.

Having stolen possession from last man Hector Bellerin before the halfway line, Salah stormed into the open space ahead of him and calmly planted a finish past Petr Cech.

The goal accrued the most votes from fans on Liverpoolfc.com, seeing off competition from Emre Can and Trent Alexander-Arnold with their eye-catching efforts in the Champions League play-off against Hoffenheim.

Watch the top five for free below...