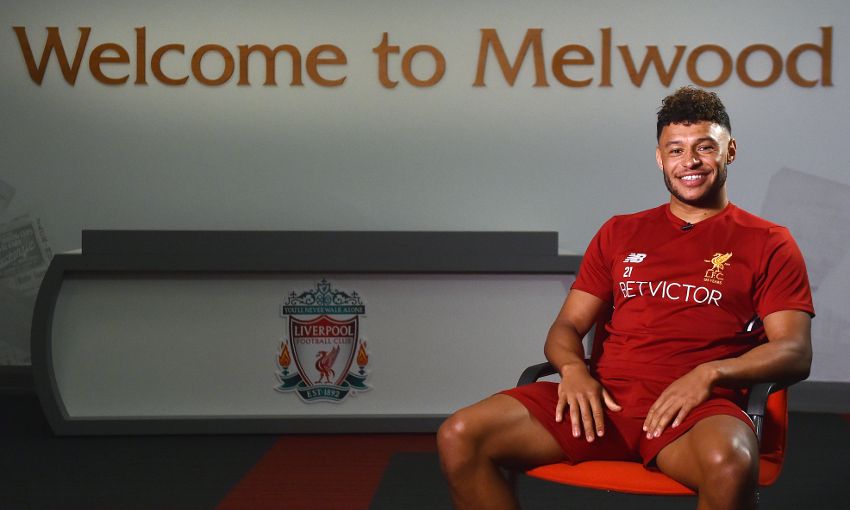 The opportunity to play for Jürgen Klopp was a major factor behind Alex Oxlade-Chamberlain’s decision to join Liverpool, with the Reds’ new No.21 believing the manager can help take his game to the next level.

Oxlade-Chamberlain reported to Melwood for the first time on Wednesday, with his transfer from Arsenal having been completed last week while he was on international duty with England.

After completing his first training session with his new teammates, the 24-year-old sat down for an exclusive chat with Liverpoolfc.com - which LFCTV GO subscribers can watch in full below. Alternatively, you can tune in via LFCTV. Click here for the schedule.

During his first interview as a Liverpool player, Oxlade-Chamberlain expressed his excitement at the prospect of working with Klopp.

“Even as a neutral watching him last season, you [could see] he's a really interesting character and someone that seems very inspiring for people that aren't even involved in the club. Watching him, [you see] his passion and how much he cares about the game,” he said.

“And then obviously the way his teams play, that's definitely inspirational for me and was one of the instrumental [reasons] - if not the main reason - that I felt this place was definitely the place for me.”

Klopp’s rapport with his players, along with his wealth of achievements in the game, is what, in Oxlade-Chamberlain’s view, marks the German out as a ‘special’ manager.

“Even when he was at Dortmund, you see these things from the outside when you look at managers and the way they work,” he continued.

“He's definitely a manager that's very animated on the side and you sort of feel like you get to know him without even knowing him when you listen to him in his press conferences - and then the insights I've had from the boys on him.

“First of all, what he's achieved, you respect that straight away and how much he knows about the game, and then all his extra attributes - his relationships with the players and how he pushes you, encourages you and what he demands from you - that's like a bonus. That's what makes him special in my eyes.”

Plus, Klopp’s proven track record of improving players was another attraction of moving to Anfield for Oxlade-Chamberlain.

“Yeah, definitely,” the England international replied, when asked if he feels the boss can aid his progress too.

“That's one of the reasons why I felt like he was the man I'd want to come and play for because I feel like he could really push me and hopefully get the best out of me and take me to the next level, for sure.”

Watch Alex Oxlade-Chamberlain's first interview as a Liverpool player on LFCTV GO, or via LFC TV at 9pm, 10.15pm or 11.15pm (all BST).