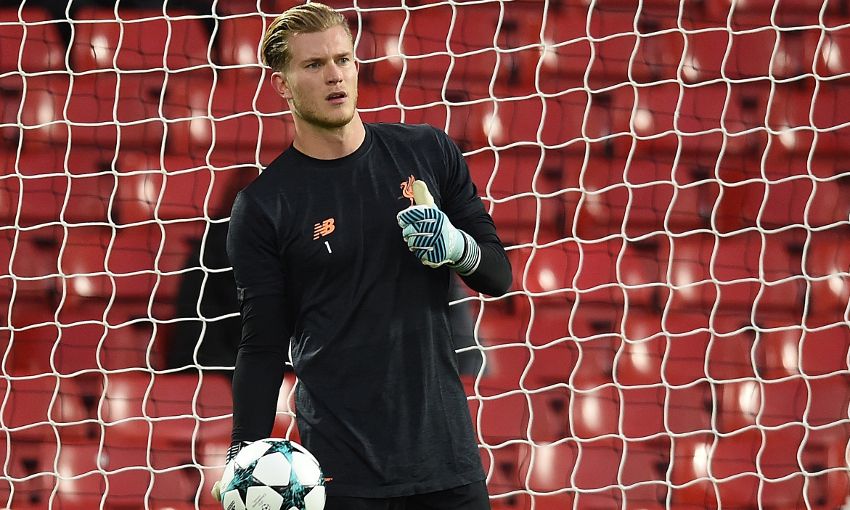 Loris Karius believes there are both lessons to be learned and positives to be taken from Liverpool's 2-2 draw with Sevilla in the Champions League on Wednesday night.

The Reds kicked off the group stage of the tournament with a point in a game they perhaps could feel as though they should have taken all three from given their tally of 24 attempts at goal to their opponents’ seven.

Nevertheless, it was Sevilla who took the lead after just five minutes when Wissam Ben Yedder nudged in from close range, but Jürgen Klopp’s men struck back via efforts from Roberto Firmino and Mohamed Salah.

Firmino also cannoned a penalty against the post before half-time, and the visitors held out to eventually claim a share of the spoils when Joaquin Correa netted as the contest entered its final quarter.

Karius told Liverpoolfc.com afterwards: “After the game, it’s hard to say how we didn’t win it. We had a lot of chances; even after the shock in the first few minutes with the goal, we were in the game well. We had the penalty as well.

“It’s just one of those days and I don’t know why we didn’t win it, it’s hard to explain. We were by far the better team, so it’s really disappointing.

“That’s how football is. We were really good in the game but twice we weren’t really ready at 100 per cent in the situation and they were ice-cold in front of goal, so fair play to them. I don’t think they wanted to create much more because they were happy with the result.

“We knew before the game they are a really tough opponent, a clever team, but it’s still really disappointing. We have to work on a few little things. Offensively we were really good and created a lot of chances, we could have scored more, but there are a few things we can work on.”

On the night Champions League football returned to Anfield, Liverpool were breathless at times offensively, particularly in the opening 45 minutes when they responded to falling behind by applying speedy attacking surges forward to Sevilla’s rearguard time and time again.

“We have a lot of speed up front with Sadio and Mo, and even the players that come in now – we have a quality bench,” Karius reflected. “Everyone has the highest quality.

“We were just unlucky, Bobby hit the post and that can happen – you can’t score every penalty, so it was just unlucky. Then there were two or three other chances where a foot came in [to block] or the goalkeeper saved it. We can take positive things from that.”

On a personal level, it was Karius’ second start between the sticks for Liverpool in their last three matches.

The German admits he was pleased to get the opportunity and is hopeful his hard work in training will result in further chances to don the gloves, though appreciates he faces tough competition from Simon Mignolet and Danny Ward.

He said: “It’s an interesting situation with three good goalkeepers, which can only be good for the club. We try to do our best every single day in training and in the games. I’m happy I got to play [against Sevilla] and I’m hoping I get more games, of course. I try to prepare well in training and then be ready when I’m called upon.

“I had a little setback in pre-season with an injury that took me out for a week or so, but I try to train well, stay focused and that’s all you can do. It’s up to the manager anyway, you don’t decide yourself as a player. All you can do is concentrate on your work and that’s what I’ve done.”